GBC Motorsports and the Battle Atop the Mountain

Snowshoe, WV - June 29, 2018 - The 2018 GNCC race season thus far has been filled with nail-biting moments and competitive rivalries, yet none more intense and draining than Round 9 atop the mountain. The Snowshoe race has always been a fan favorite and difficult course in itself, some have even label it the “most difficult event of the series.” The beautiful mountains and 5-star views often play tricks on the eyes as muddy terrain and dense wooded sections blend together. As the nation’s top riders prepared for a day of racing, GBC Motorsports was trackside in preparation of the day’s competition. 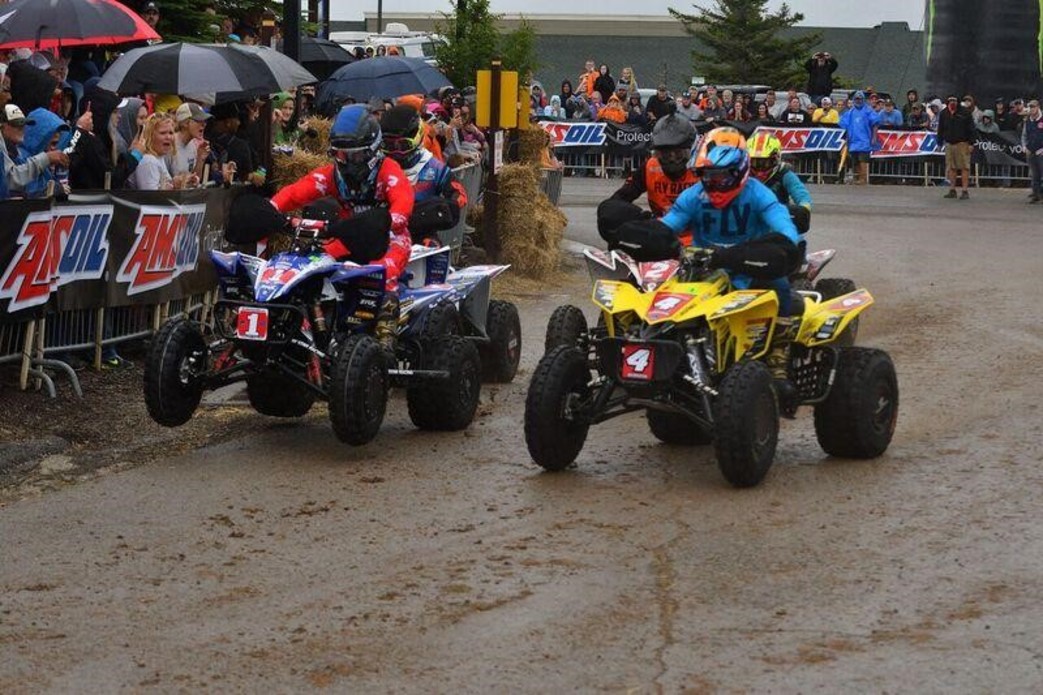 Round 9 of the 2018 AMSOIL GNCC series on top of beautiful Snowshoe Mountain. 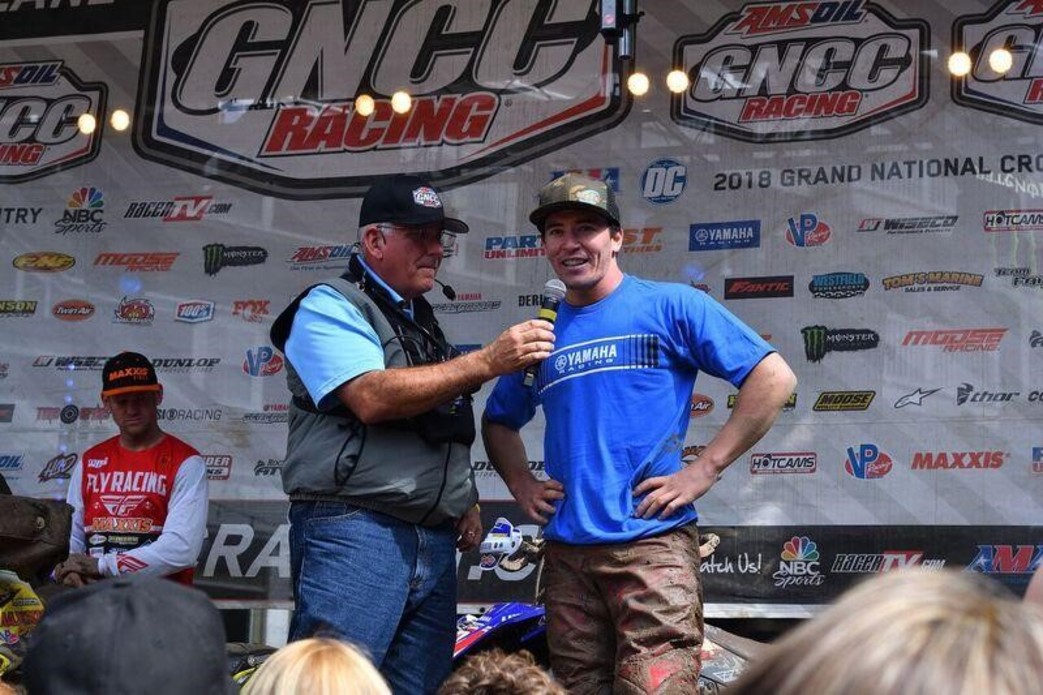 Walker Fowler has been having an impressive year thus far in the 2018 GNCC race season. Having finished last round with a 1st place win, he remains the name to watch in the XC1 Pro class. Consistency has been the weapon of choice for Fowler as he has finished 7 out of 9 rounds on the podium, and after a close battle for most of the race, Fowler ended Round 9 with a 3rd place class finish and 3rd overall. As it stands, Fowler leads the XC1 class with 226 points and with Round 10 scheduled to take place after the summer break, the Champion will no doubt be looking to extend his points lead in pursuit of another GNCC Championship. Congratulations to Walker Fowler from GBC Motorsports for the impressive victory. Walker Fowler is a GBC Motorsports sponsored racer and rides on XC-Master and Ground Busters 3’s performance tires. 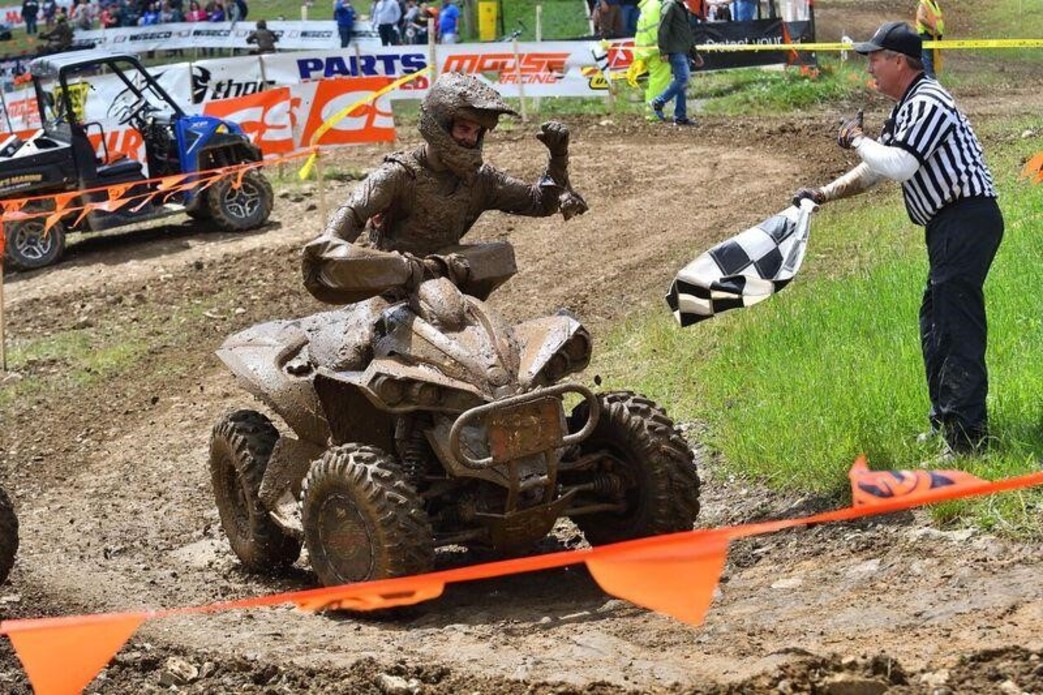 Landon Wolfe earned back-to-back wins in the series after grabbing another 1st place finish in the 4x4 Pro ATV class for the fans in Snowshoe, West Virginia. Hot on the heels of the 4x4 Pro championship, Wolfe has been on the podium 7 out of 9 rounds and currently sits in 2nd place with 220 points. Wolfe has been having an incredible rookie season in the 4x4 Pro class, all while keeping constant pressure on the stacked roster of Pro riders. Wolfe completed Rounds 2 thru 7 in 2nd place, all in spectacular fashion, proving his worth and competitiveness in the sport. No doubt the remaining rounds in the series will be a test for Wolfe, as he looks to snatch the 1st place standing and the 4x4 Pro Championship. With 4 Rounds left in the series, Wolfe is definitely looking to make a statement. Congratulations to Landon Wolfe from GBC Motorsports on his exciting race. Landon Wolfe is a GBC Motorsports sponsored rider and rides on Dirt Commander Performance tires. 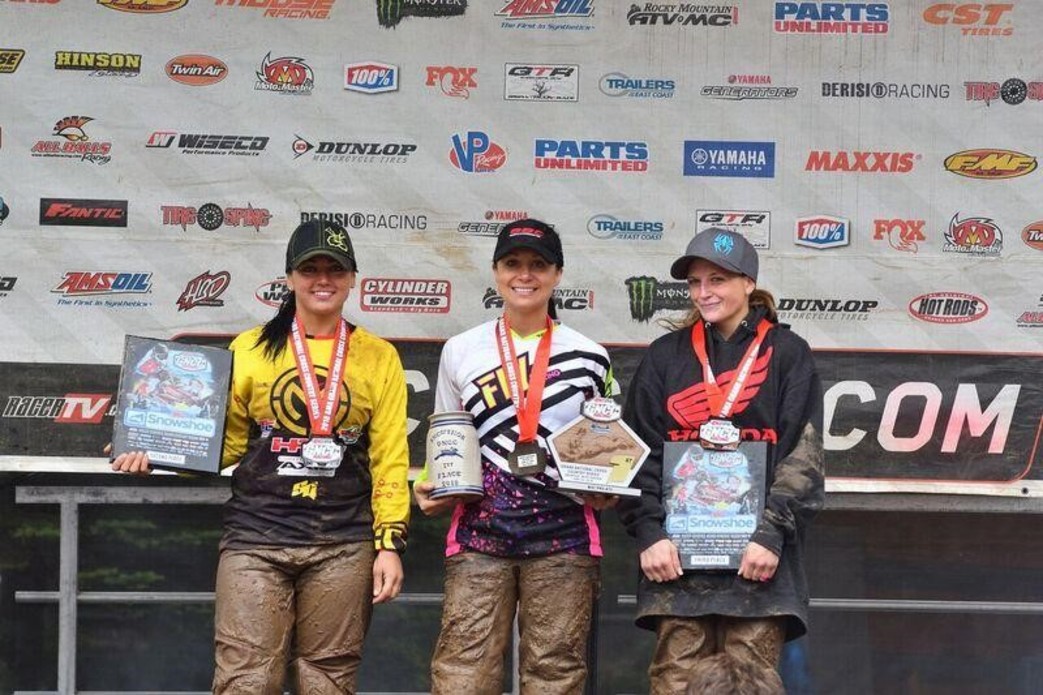 Katelyn Osburn and Traci Pickens atop the podium for the WXC class.

If we had to use one word to describe the talent level of Traci Pickens, we would choose phenomenal.  A true competitor and skillful racer, Pickens finished Round 9 of the series with an incredible 1st place victory on top of beautiful Snowshoe Mountain.  After dueling for position with the rebel Katelyn Osburn, Pickens crossed the checkered flag ahead of the pack, boosting her points total to 255 and solidifying her place at the top of the class rankings. Pickens is currently pursuing her 11th GNCC championship and has shown no signs of fatigue. Both GBC Motorsports sponsored riders, Osburn and Pickens continue to maintain their grip and dominance over the WXC ATV class. With the end of the race season fast approaching, we’re eager to see the outcome of Pickens’s efforts and hard work. Congratulations to Traci Pickens from GBC Motorsports on her amazing race. Traci Pickens is a GBC Motorsports sponsored rider and rides on XC-Master and Ground Buster 3 performance tires. 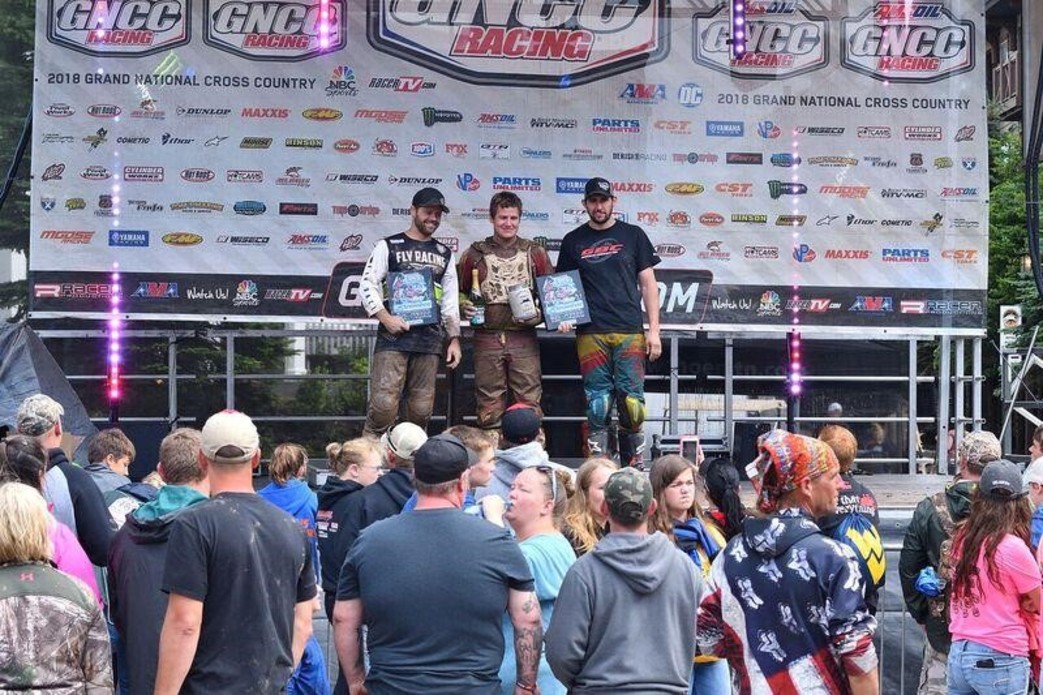 Jeff Pickens smiling for the fans at Snowshoe after his 1st place win.

Jeff Pickens’s superior racing skills and track awareness has earned him a podium finish every round of the 2018 GNCC season. Pickens raced a smart race early on and was able to distance himself from the pursuing pack. Charging forward on the slick muddy terrain, Pickens created a decent gap and was able to maintain it as he battled alongside other pro racers in the Vet A Class. It was Pickens and Thomas Koontz who would battle it out for position under the grey skies of West Virginia, yet in the end it would be Pickens who crossed the checkered flag first. His Round 9 victory also marks his sixth 1st place win of the season. Moving on to Round 10, we’re anxious to see what tricks Pickens has up his sleeve for the Vet A class. Jeff Pickens is a GBC Motorsports sponsored rider and rides on XC-Master and Ground Buster 3 performance tires.