GBC Motorsports and the Battle for Round 7 of the GNCC

Millfield, Ohio - June 8, 2018 - The John Penton race in Millfield, OH has always been a favorite stop on the GNCC tour among fans and racers alike for its varied track conditions and unpredictable weather. GBC Motorsports was trackside for Round 7, as racers settled in to their starting positions for what would prove to be a day filled with intense racing and down-to-the-wire battles. 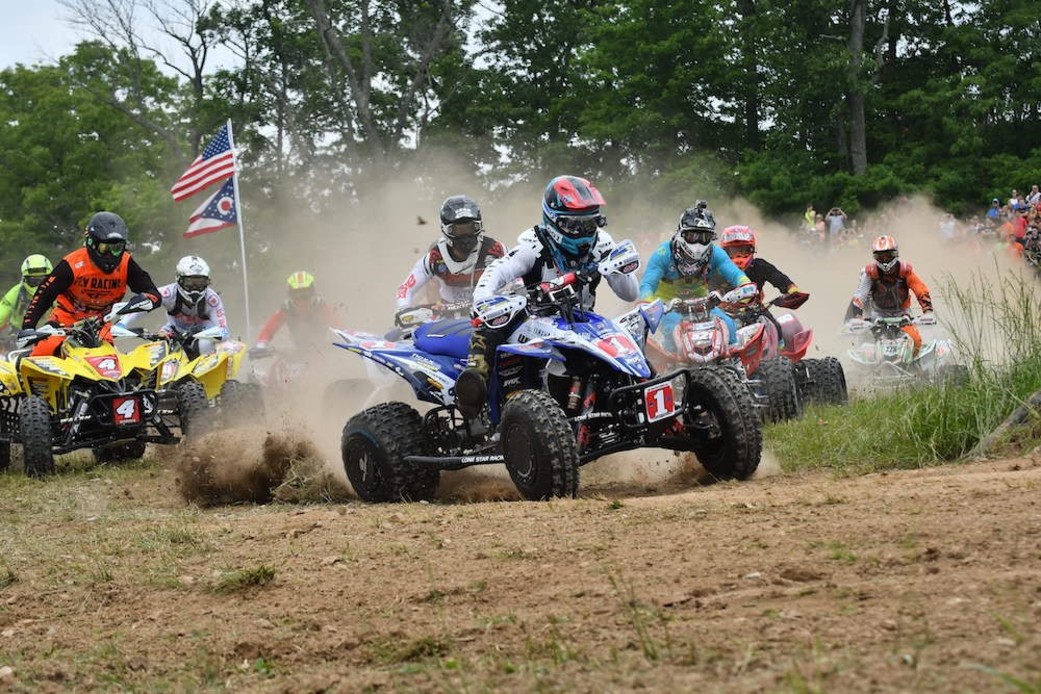 Walker Fowler on the throttle for the XC1 Pro class race. 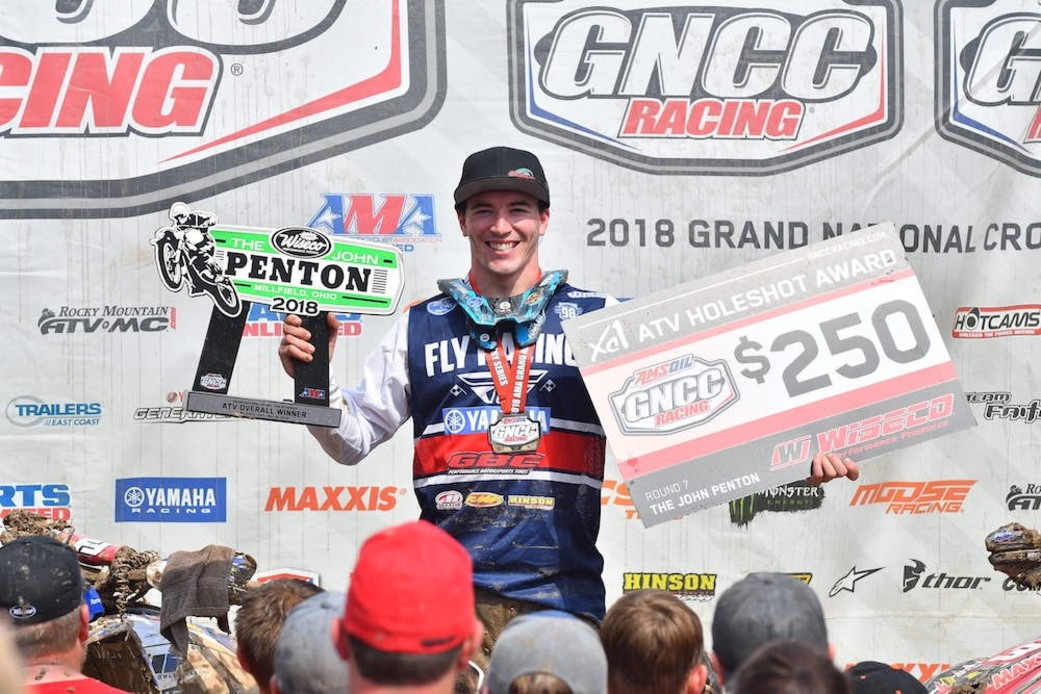 Walker Fowler grabbed the holeshot award on the way to his 4th win of the season.

The competition was intense on the track, as fans sat in anticipation of the day’s races and the return of Walker Fowler. Fowler sat cool and confident amid the pack of hungry competitors, looking to redeem himself after a disappointing round by securing another victory in the 2018 race season. At the start of the XC1 race, it was Fowler who grabbed the Wiseco Holeshot in spectacular fashion for the crowd of screaming fans in his home state of Ohio. Fowler maintained his dominance throughout the 2-hour event, keeping a comfortable gap between himself and the pack for the duration of the race. Fowler crossed the checkered flag with his hand held high, marking his 4th overall win of the year. Fowler remains atop the XC1 class with 175 points, and shows no signs of fatigue as we head into Round 8 of the series. Congratulations on the victory!  Walker Fowler is a GBC Motorsports sponsored racer and rides on XC-Master and Ground Buster 3 performance tires. 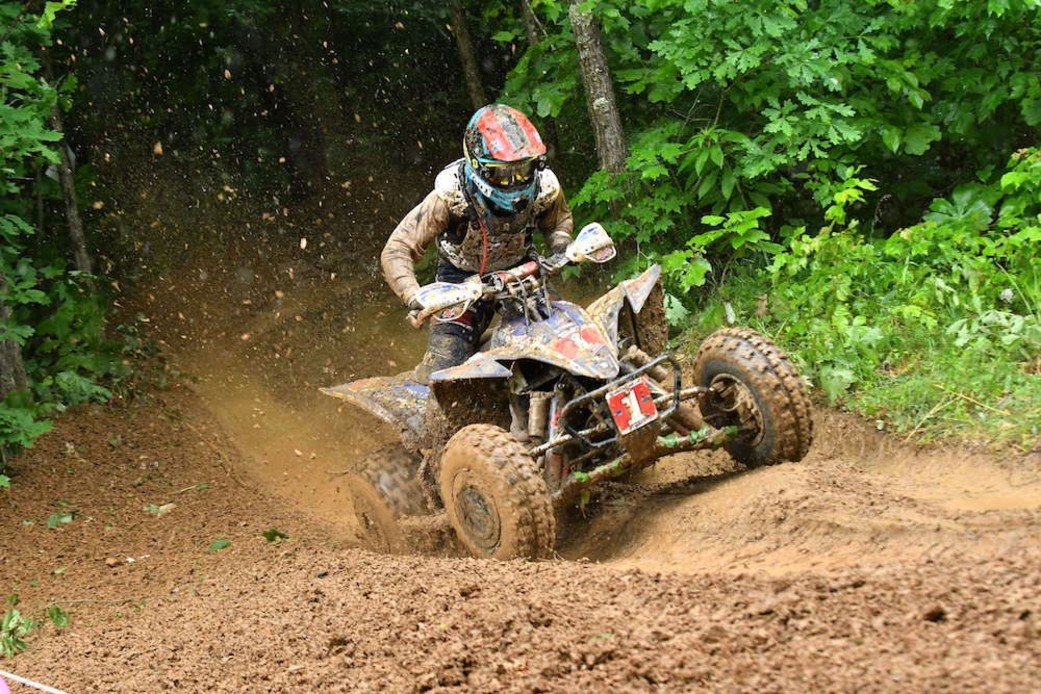 Fowler accelerating out of the wooded section. 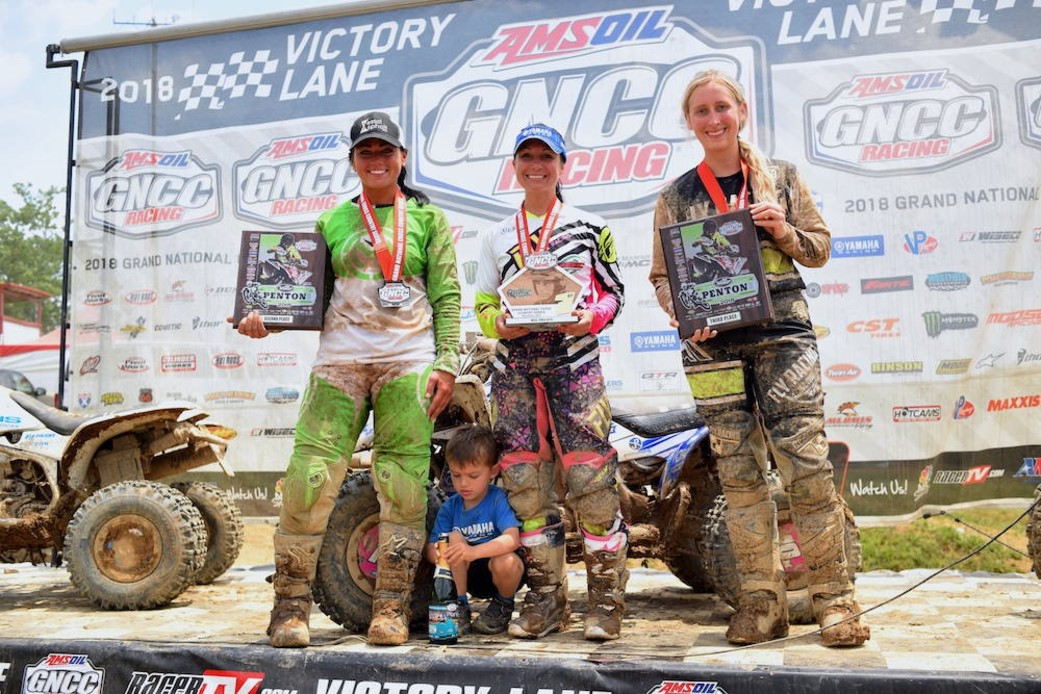 Traci Pickens (center) won her 5th race of the season at the John Penton.

Traci Pickens has been an unstoppable force thus far in the 2018 GNCC series, with a firm grip on the WXC class championship points lead. As the race blasted into action, it was Pickens and Katelyn Osburn who would battle for placement under the skies of Millfield, Ohio. In a bold display of wits and determination, Pickens navigated the muddy track at John Penton as only a seasoned champion could execute. After 5 laps and 2 hours of cat and mouse, Pickens completed the race 1st in class, with the rebel Katelyn Osburn close on her heels in 2nd. The win marks Traci’s 5th in the 7 races so far in the 2018 season. As we head into Round 8 of the season, it’ll be interesting to see what tactics Pickens will deploy in the ongoing GNCC wars. Congratulations to your amazing performance!  Traci Pickens is a GBC Motorsports sponsored racer and rides on XC-Master and Ground Buster 3 performance tires. 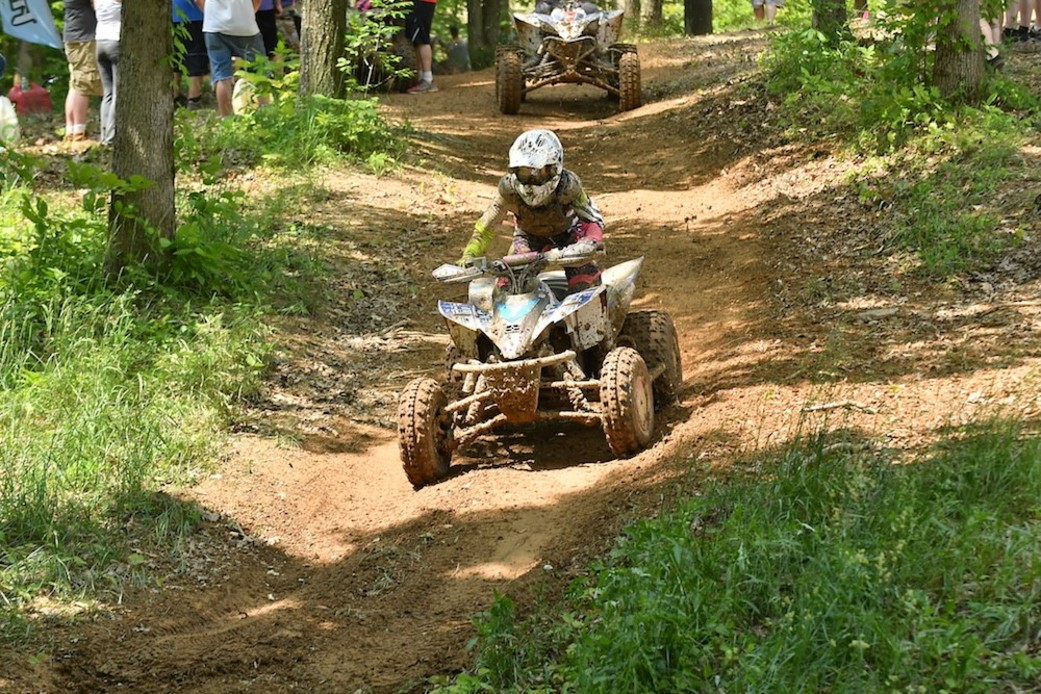 Pickens pursuing the victory at Round 7

GBC Motorsports’ own Landon Wolfe has been having an outstanding race season thus far and continues to improve with each race. At Round 7 of the series we saw just how talented and dangerous Wolfe can be when in race mode. Featuring a stacked roster full of potential champions and breakout racers, the 4x4 Pro ATV class has no shortage of hungry competitors looking for a taste of glory in the GNCC. Wolfe maintained his focused and level head as he traversed the tight turns and muddy terrain of Sunday Creek raceway. Ending Round 7 with a 2nd in class and 2nd overall, Wolfe found his 6th podium finish of the year. As the season progresses and the level of competition increases, we look forward to watching Wolfe’s strategy to continuing his unrelenting pace in the 2018 GNCC season. Congratulations on the victory!  Landon Wolfe is a GBC Motorsports sponsored racer and rides on Dirt Commander performance tires.

“RACERS ON THE RISE”

From Akron, Ohio comes one of GBC Motorsports’ newest sponsored racers, Josh Merritt. Having scored consistent 7th place finishes in each of the last 3 rounds, Josh is proving himself to be a rising star amongst the world’s best ATV racers. Currently ranked 10th in the XC1 pro class, Merritt looks to continue his climb up the leaderboards of the GNCC rankings. This is Merritt’s first year with GBC Motorsports and we couldn’t be more excited for what’s to come for him and his future racing conquest.  Hammer down young man and keep up the great work! Congratulations on your great performance! Joshua Merritt is a GBC Motorsports sponsored racer and rides on XC-Master and Ground Buster 3 performance tires.