Washington, GA - March 20, 2019 - Despite expectations of a rain-soaked event in Georgia, track conditions were nearly perfect as fans sat eagerly awaiting the start of Round 2 of the 2019 Grand National Cross Country racing series. The attendance for both racers and fans saw record-breaking numbers as the event brought racing spectators and enthusiasts from across the country to beautiful Washington, Georgia for a fantastic day of racing. Once again GBC Motorsports was well represented not only by countless loyal racers, but also by the formidable display within the GNCC sponsor village, which showcases our complete line of product offerings and gives fans and participants alike opportunities to meet and speak with GBC representatives. 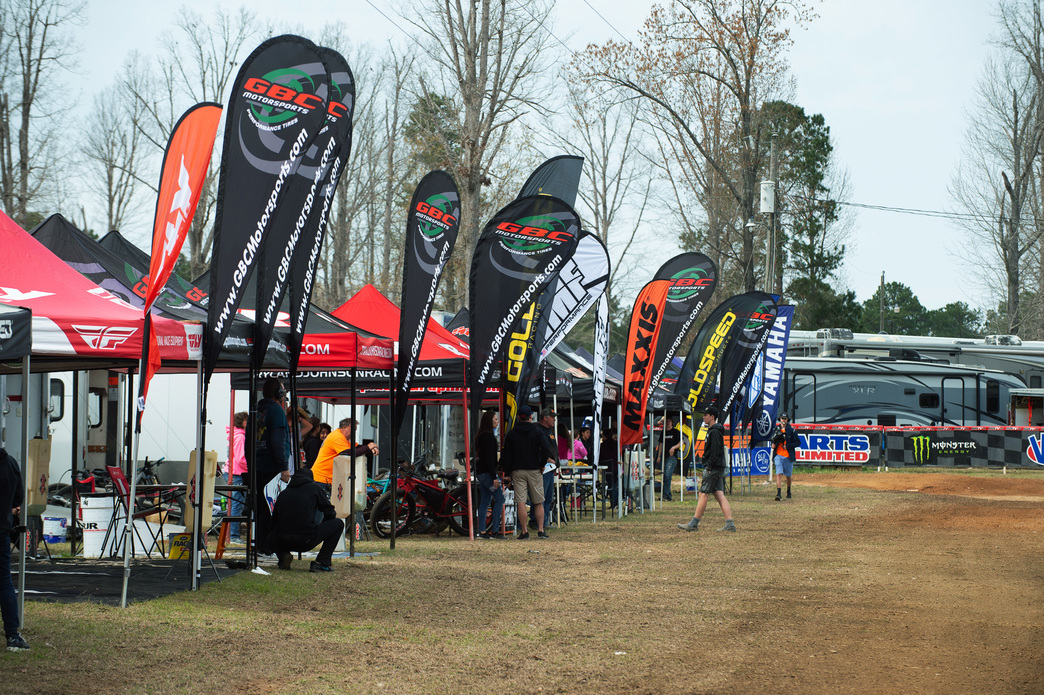 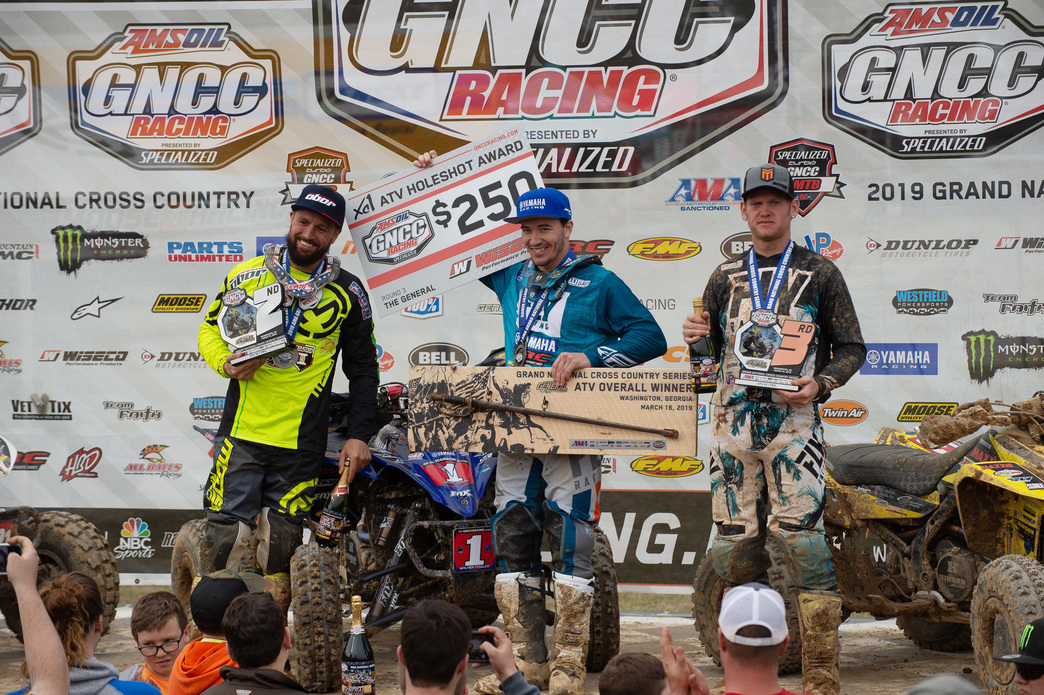 Defending XC1 champ Walker Fowler picked up where he left off in Round 1.

The XC1 Pro class race was action-packed from start to finish, with several GBC sponsored riders battling within the top positions throughout the 2-hour affair. Walker Fowler captured his second win of the season in dominating fashion, grabbing the holeshot and carrying that lead all the way to the checkered flag. Fowler’s win helps him stretch out a small lead in the 2019 Championship standings as he continues through his season-long quest for a 5th GNCC title. Cole Richardson also had a great performance at Round 2, finishing in 4th place after a race-long battle with six other riders. Cole’s stellar finishes in rounds 1 and 2 have him sitting in a tie for 2nd place in the championship points. GBC Motorsports sponsored racers Wesley Wolfe, Devon Feehan and Johnny Gallagher all had solid finishes in 8th, 9th, and 10th, respectively. When coupled with Fowler and Richardson, GBC racers made up 5 out of the top 10 finishers in the overall standings. Moving forward with Round 3 scheduled for Steel Creek, there’s no doubt Team GBC will continue to climb the ranks of the GNCC leaderboards. Congratulations to all of our XC1 Pro racers who gave it their all on our XC-Master and Ground Buster III performance tires! 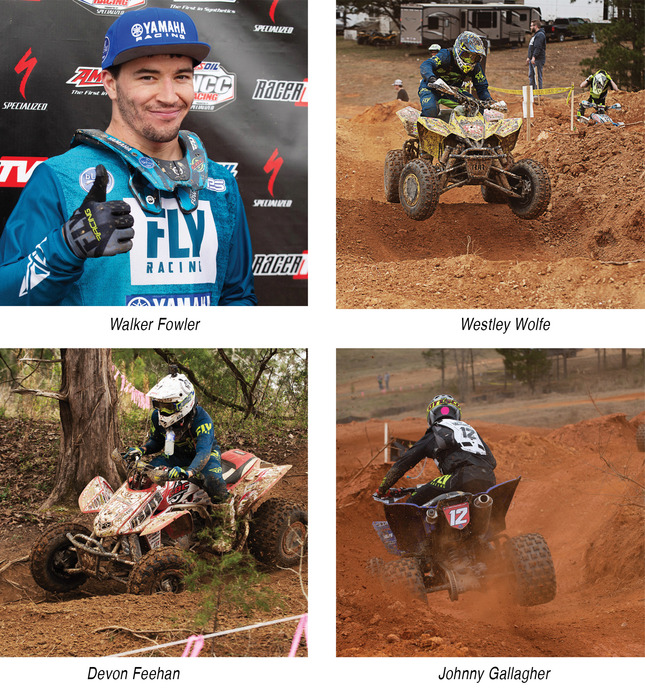 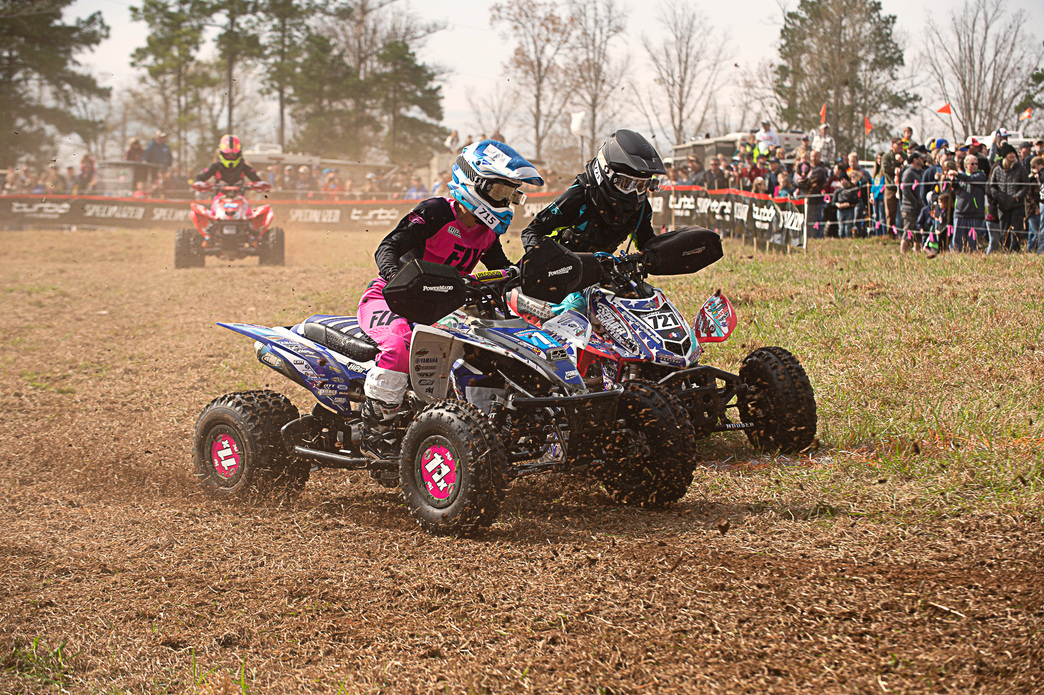 Defending champ Traci Pickens returned to her winning ways in Round 2.

GNCC WXC champion Traci Pickens returned for Round 2 with her mind set on capturing a victory after a 4th place finish in Round 2. A refocused Pickens charged forward early on and was able to create distance between herself and fellow racers, placing her in prime position to cross the finish line ahead of the pursuing pack. GBC’s Katelyn Osburn also continued her quest for the championship by ending the day with a well-deserved 2nd place behind fellow GBC racer Traci Pickens. As it stands, Osburn currently holds the WXC points lead with 55 points. GBC Motorsports sponsored racer Kassidy Williams took the holeshot in the WXC race and kept up a great pace with the leaders early on, earning the respect and admiration of racers and fans alike. No doubt the remainder of the series will be an uphill battle for supremacy as the WXC class contends for the elusive GNCC trophy. Congratulations to all our WXC sponsored racers on their amazing performances while on our XC-Master and Ground Buster III performance tires. 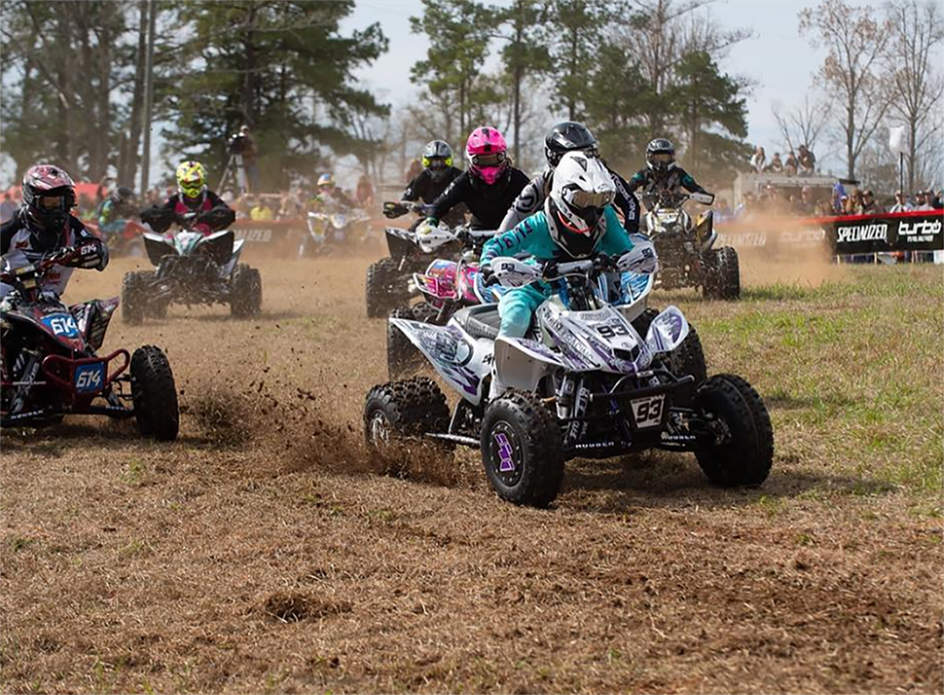 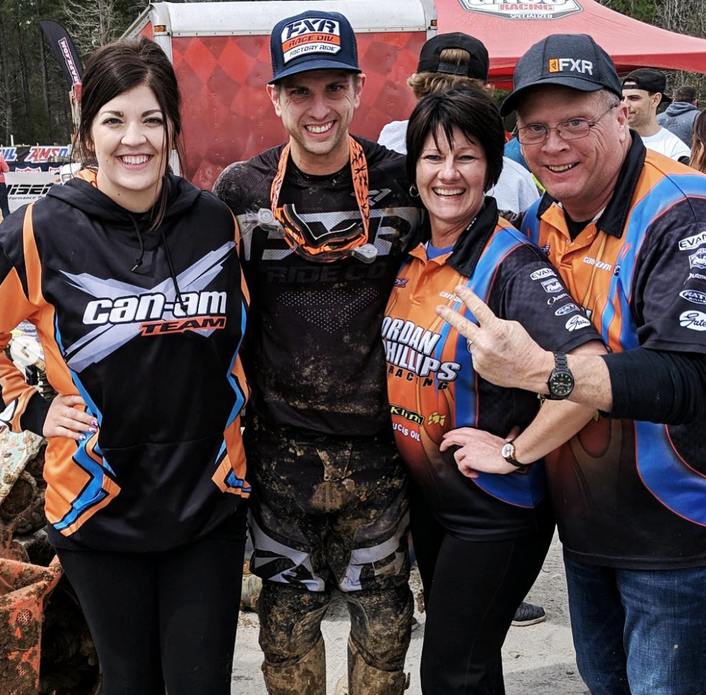 Jordan Phillips fought his way back a 2nd place finish at the General.

GBC Motorsports sponsored racer Jordan Phillips ended Round 2 with a 2nd place class finish and 2nd overall for the season. Phillips fell back early on in the race yet was able to return from a 4th place position to 2nd place standing during the final lap, crossing the checkered flag with 43 total class points before the screaming fans in Washington, Georgia. Last season Phillips participated in every round of the series and completed the year 6th in his class. Philips also has been making strategic improvements with each competition, and it shows in his racing abilities and work ethic. With Round 3 right around the corner, we are anxious to see what Phillips has in store for the fans at his home race Steel Creek in North Carolina. Congratulations to Jordan Phillips on a great job done. Jordan Phillips is a GBC sponsored racer and rides on Dirt Commander performance tires.

The Vet A class race was controlled by GBC Motorsports sponsored racers Kevin Yoho and Jeff Pickens. As it stands, the riders currently occupy the number 1 and 2 spots in the class rankings with 40 total points from Yoho, and 38 coming from Pickens. Both racers shared in a great battle for the first three laps as they attempted high-speed passes and close calls under the warm Georgia skies. Yet in the end, it would be Yoho who would pull away and obtain his second 1st place finish of the season. Jeff Pickens also maintained his position on the leaderboard by grabbing the 2nd place box for the Vet A win. The victory also signifies Pickens’s 2nd podium appearance of the season. Both Yoho and Pickens have displayed extreme determination and racing knowledge unobtainable without trial and error on the track, and as the battle for Steel Creek approaches, we know the intensity and level of competition from both racers will only increase. Congratulations to all of our Vet A class racers on their excellent performances while on our XC-Master and Ground Buster III performance tires.

GBC Motorsports is proud to be a participant in the all-new GNCC Moto Hero Program, which was designed to show appreciation and support for our Military and First Responders. The program acknowledges individuals nominated either by family members, friends, or themselves, and a nominee is selected for each round. The winner receives a FREE set of Greenball's premium light truck Kanati brand tires valued over $1,000. GBC would also like to personally thank every one of our First Responders and Military personnel across the nation for their service and sacrifices. It is through your efforts that we are made stronger.