GBC Motorsports Celebrates Victory at Round 11 of the GNCC

Anaheim, Calif - October 5, 2018 - Round 11 of the GNCC was filled with intense moments and amazing competition as top racers from across the country went head to head for bragging rights and valuable championship points in the country’s most revered racing series. Two weeks worth of sustained rain leading up to the event made for slick and unforgiving track conditions as fans settled in for what would be an incredible day of racing at Matthews Farm in Pennsylvania. 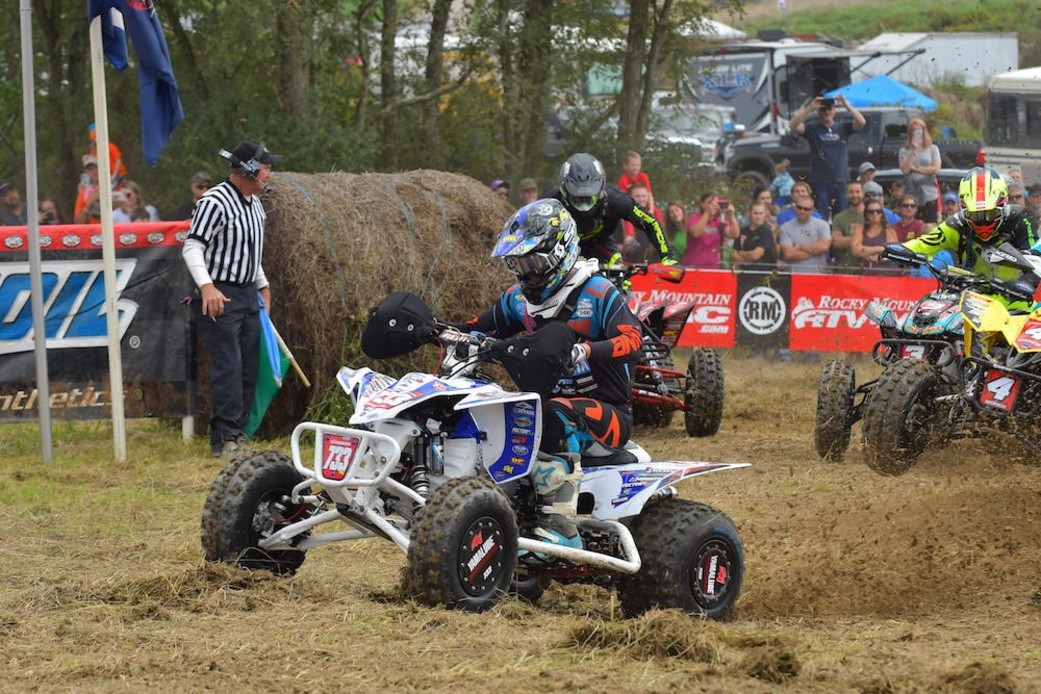 Cole Richardson gaining traction at Round 11 of series. 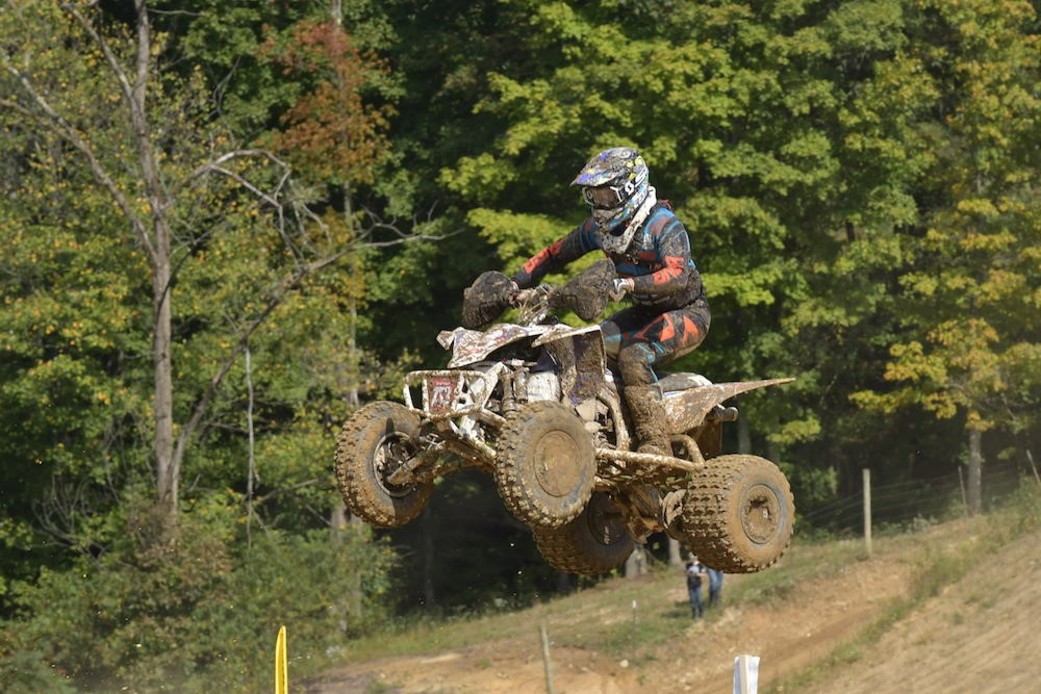 Cole Richardson took his first XC1 Pro class win of his career at Round 11.

GBC Motorsports sponsored racer Cole Richardson had a career best day at Round 11. After securing the $250 Wiseco holeshot in spectacular fashion, Richardson hammered down on the slick terrain and whilst battling with fellow GBC rider Walker Fowler was able to create significant space between them and the pursuing pack. As the battle progressed, Fowler and Richardson would exchange the lead dozens of times and the crowd was thrilled to see them perform. The race would prove to be an accurate depiction of the talent level and dedication of the two skillful racers. However, in the end it would be Richardson who would pass the checkered flag first for the first Overall and XC1 Pro class wins of his already impressive career. Fowler grabbed the 2nd place position, which puts him one step closer to wrapping  up his 4th consecutive GNCC Overall championship. Congratulations to both Cole Richardson and Walker Fowler from GBC Motorsports for the awesome performances.  Cole Richardson and Walker Fowler are GBC Motorsports sponsored racers and ride on XC-Master  and Ground Busters 3 performance tires. 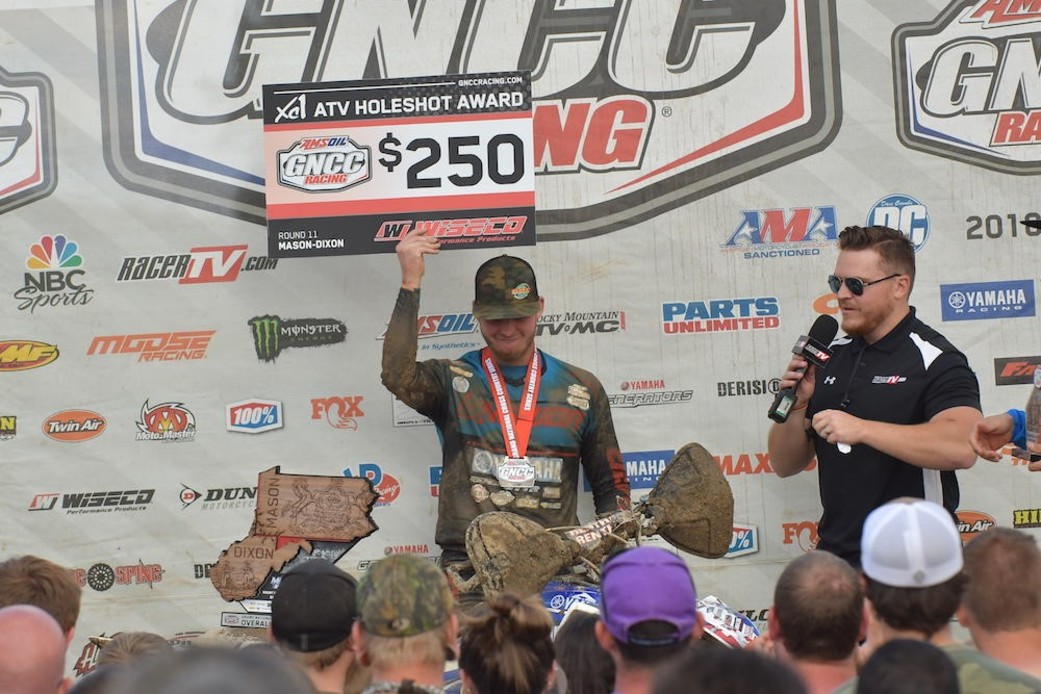 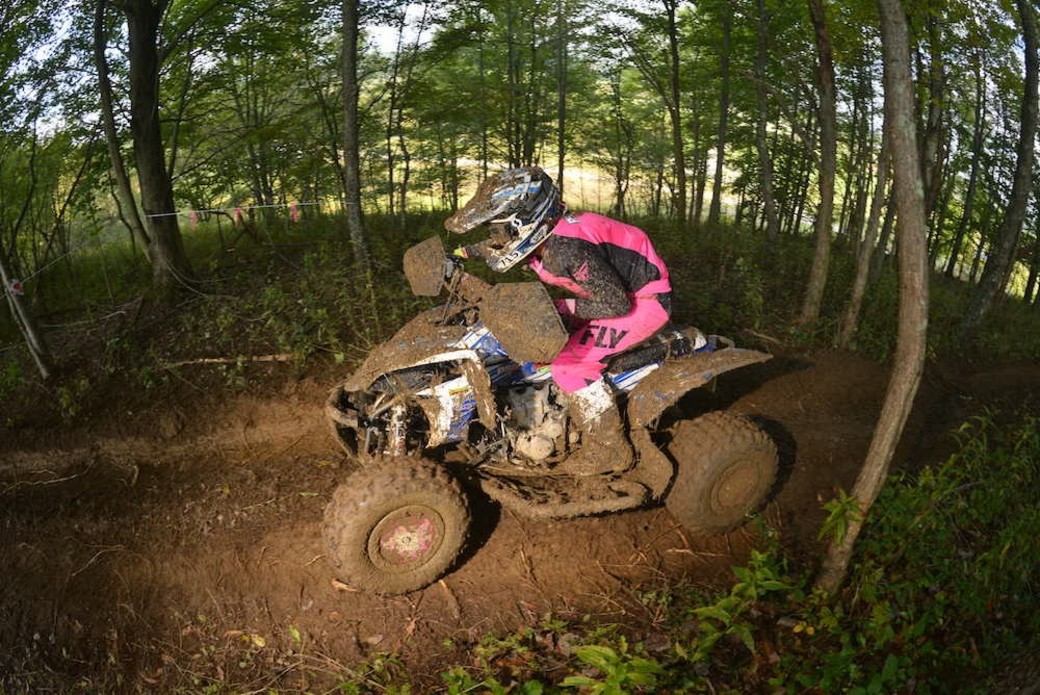 Traci Pickens continued her dominance with another victory.

Traci Pickens is no stranger to the spoils of victory at the GNCC racing series, having finished every round thus far in the series atop the podium. In a league of her own, Pickens has consistently proven she deserves a place in the history books amongst the top female athletes to ever compete in the sport. Pickens crossed the checkered flag ahead of GBC Motorsports’s Katelyn Osburn, taking the win at Matthew Farm while fellow GBC racer Meagan Shepard brought home the 3rd place victory. Pickens sits atop the WXC class with 260 points, securing the 2018 GNCC WXC Championship for the 11th time in her racing career. A true champion, Pickens has amassed seven first place wins out of the 10 races she competed in. Hot on her heels at the end of Round 11 was Katelyn Osburn who has proven to be a serious threat not only for wins in 2018 but is establishing herself as a championship contender for 2019. Osburn currently holds the number 2 spot in class points, just 33 behind teammate Pickens. The 3rd place position was snatched by Meagan Shepherd, who also races as a sponsored rider for GBC Motorsports. Shepherd showed tremendous discipline and racing knowledge during her battle at Round 11, and after navigating the slippery course at breakneck speed she crossed the checkered flag in 3rd place. As it sits, GBC Motorsports holds the top 3 positions in the WXC class standings, a great accomplishment in itself. Amazing race Ladies!! Traci Pickens, Katelyn Osburn, and Meagan Shepherd are GBC Motorsports sponsored riders and ride on XC-Master and Ground Busters 3 performance tires. 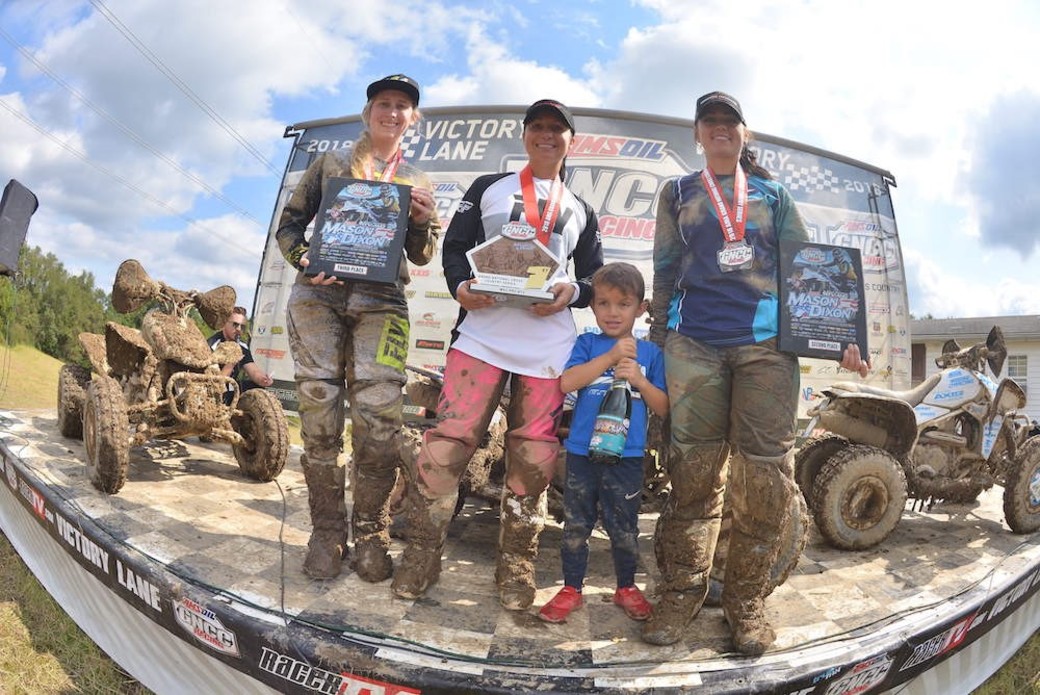 GBC Motorsports swept the WXC podium at the Mason-Dixon GNCC. 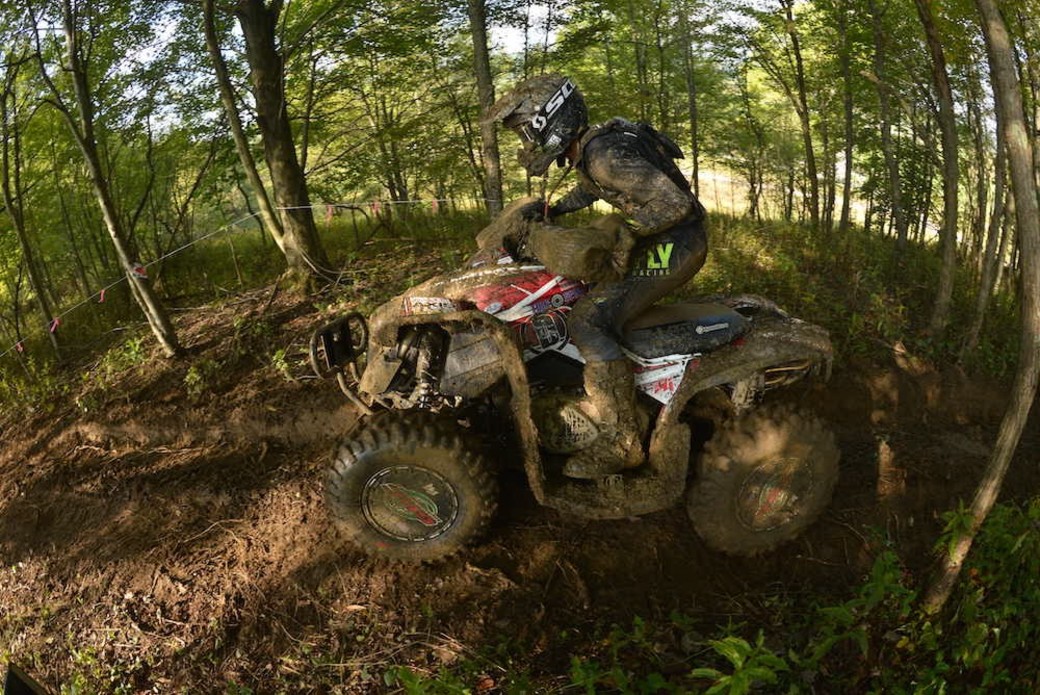 Landon Wolfe fought back to a 2nd place finish at Round 11.

Landon Wolfe has been a consistent presence at the 2018 GNCC series thus far and showed no signs of slowing down as he blasted past the checkered flag for Round 11 of the season in the 4x4 Pro class. Fresh off a 1st place finish in Round 9, Wolfe arrived at Matthew Farm focused and determined to keep the momentum up as he prepared for the day’s race. Getting off to a rough start at the beginning of the race, Wolfe demonstrated his uncanny ability to return from the fire and capitalize on his opponents’ shortcomings. After a hard charge and a lot of intense moments dueling for position, Wolfe secured the 2nd place position and was able to maintain it until the end of the race. Pulling in at 3rd place was GBC Motorsports’s own Jordan Phillips. After his finish at Snowshoe, Phillips arrived at Round 11 recharged and ready for racing. A true racer to his core, Phillips showcased his racing abilities for the fans at Matthew Farm and ended his day atop the winner’s box. Landon Wolfe and Jordan Phillips are GBC Motorsports sponsored riders and ride on Dirt Commander Performance tires. 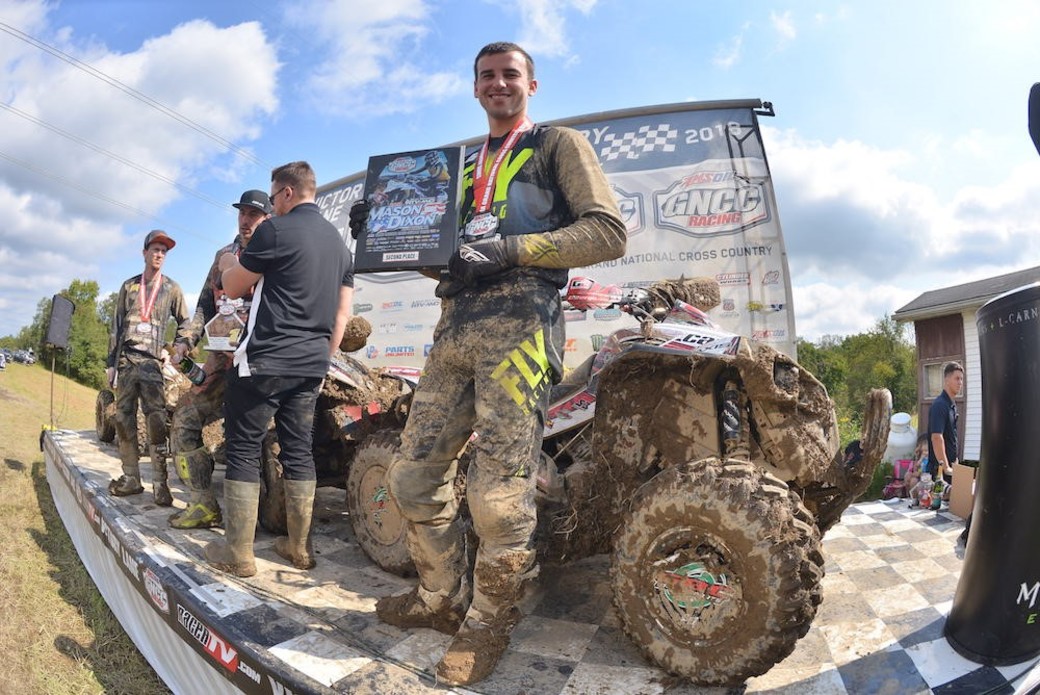 Wolfe on the 4x4 podium in 2nd place with fellow GBC rider Jordan Phillips in 3rd.

-Congratulations to our Sponsored Riders-