GBC Motorsports Crowns Multiple Champions at Round 13 of 2018 GNCC

Anaheim, Calif. - November 8, 2018 - Ironman Raceway in Crawfordsville, IN was alive with energy and excitement as fans and racers from across the nation arrived for an unforgettable weekend of high octane racing and intense battles. The course was muddy and slick for the AM races from the previous day’s rainfall, but as the day progressed it would turn into perfect racing conditions as the largest GNCC race in history was set to explode. GBC Motorsports was trackside for what would prove to be a day for the record books. 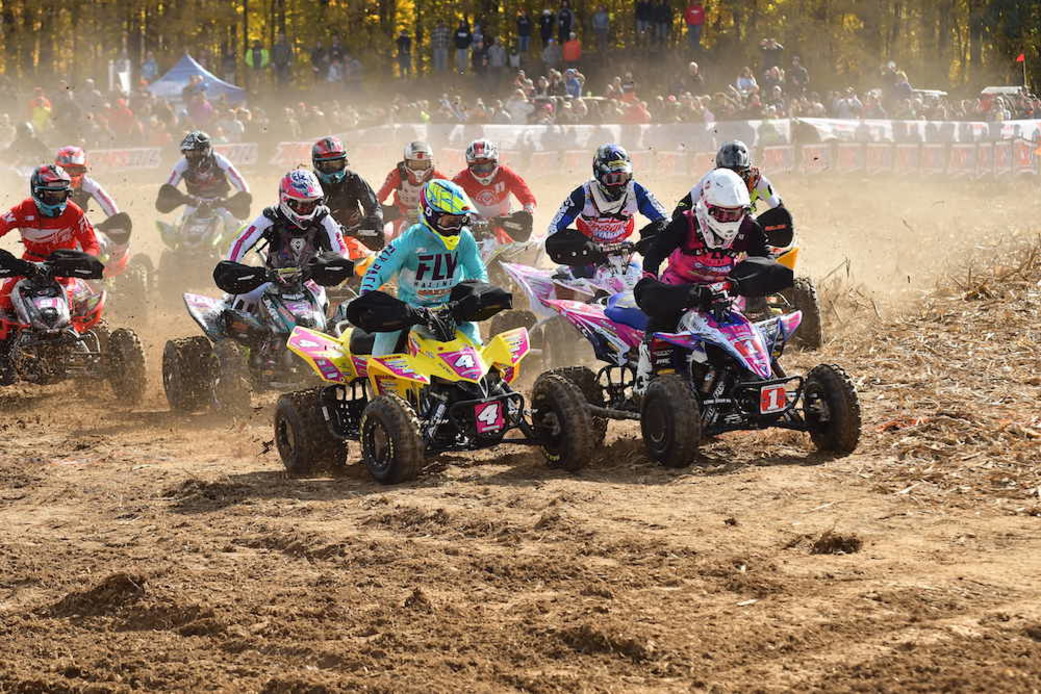 Walker Fowler grabs the Hole Shot at Round 13 of GNCC 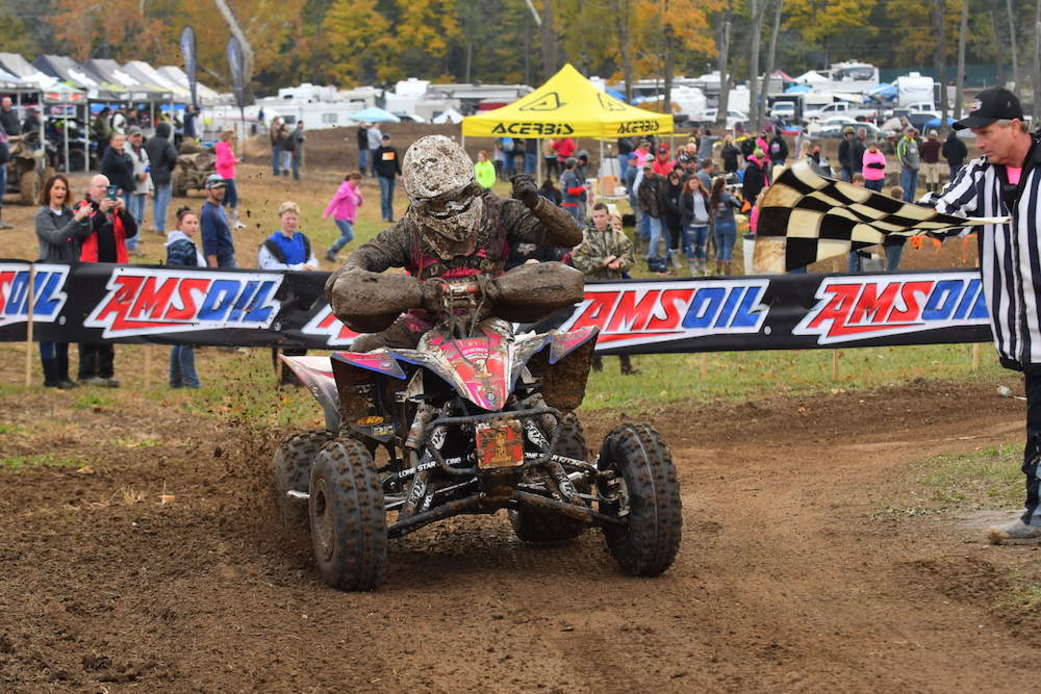 Walker Fowler finished the 2018 season strong with his seventh class and overall win of the season.

Walker Fowler has had an amazing race season in the 2018 GNCC series, and through his ambitious endeavors and staying power has solidified himself as this generation’s name to watch. Fowler continued his dominance at Round 13 by establishing a comfortable margin early on, and was able to maintain his pace throughout the duration of the XC1 race. He easily maneuvered the slick track and pursuing pack as he flew past stagnant racers and clustered bottlenecks. Fowler would go on to capture his 7th Overall win of the year and add the 2018 GNCC XC1 and overall championship to his resume!  Fowler treated fans to an exciting display of top-level racing and first class sportsmanship, as he once again demonstrated what lies at the core of every die-hard racer: courage and determination. Congratulations on yet another victory and Championship! Walker Fowler is a GBC Motorsports sponsored racer and rides on XC-Master  and Ground Buster 3 performance tires. 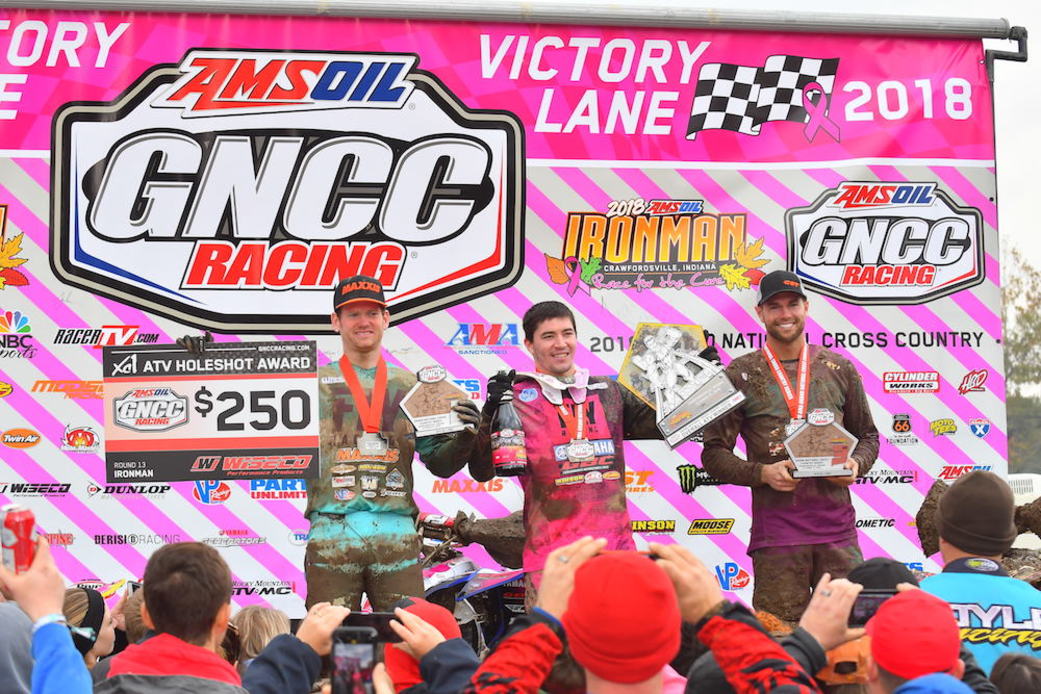 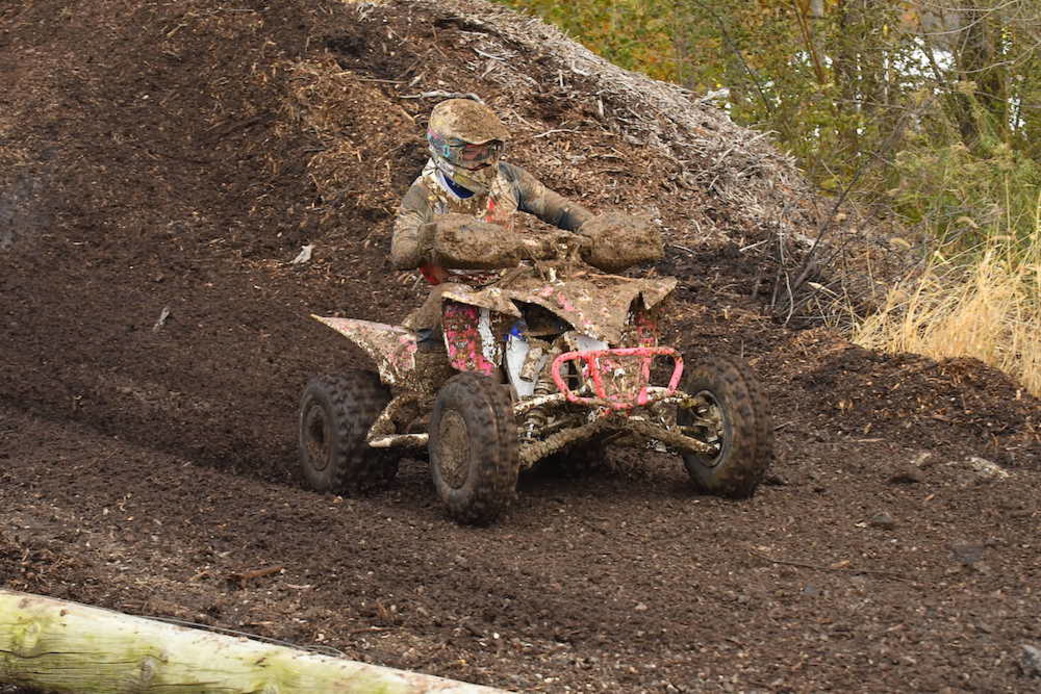 
In the competitive world of Women’s ATV racing, one name remains synonymous with greatness and legendary accomplishments: Traci Pickens. Pickens exemplifies what it takes to be a champion and has held herself to a higher standard throughout her amazing and well-established racing career. Round 13 of the series was no different for Pickens as she arrived for battle on the slick terrain of Ironman Raceway. Pickens accelerated through the tight wooded sections of the course in spectacular fashion as she rocketed past lapped racers towards the checkered flag. Pickens’s 2018 GNCC run has been one for the records, as she landed on the podium for every race of the season.  With nine WXC class wins this year, Pickens has shown fans and racers alike how deep her love for the sport truly runs while earning a record-setting 11th GNCC WXC class championship. Pickens is a shining example for future generations of racers to come and no doubt will be remembered as one of the top female ATV racers in the world. Congratulations on the race victory and WXC Championship! Traci Pickens is a GBC Motorsports sponsored racer and rides on XC-Master and Ground Buster 3 performance tires. 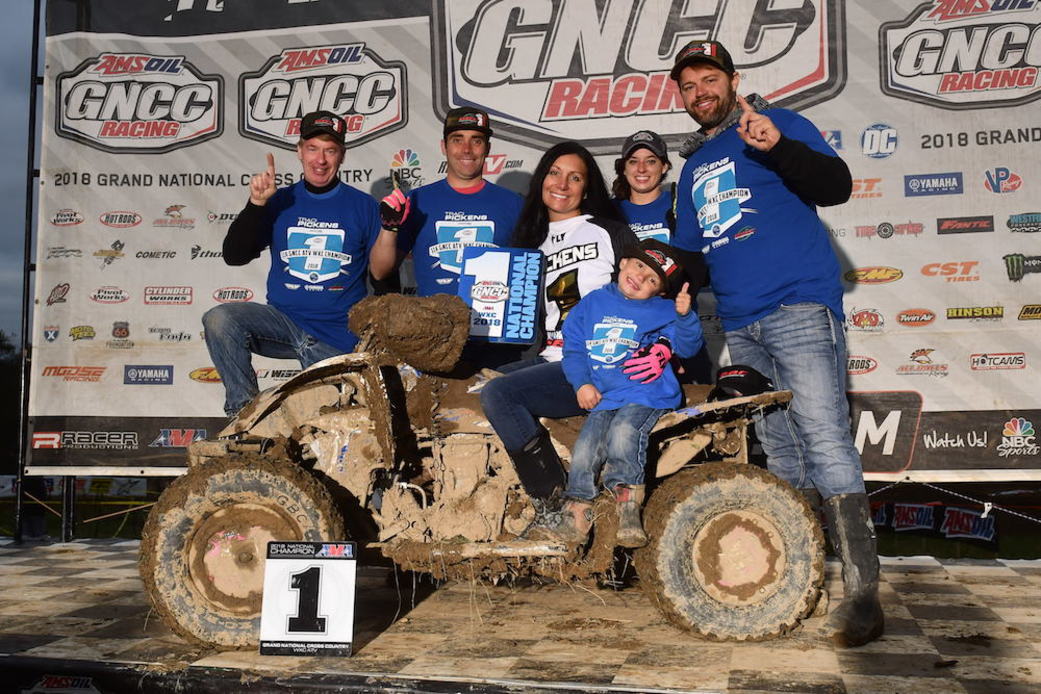 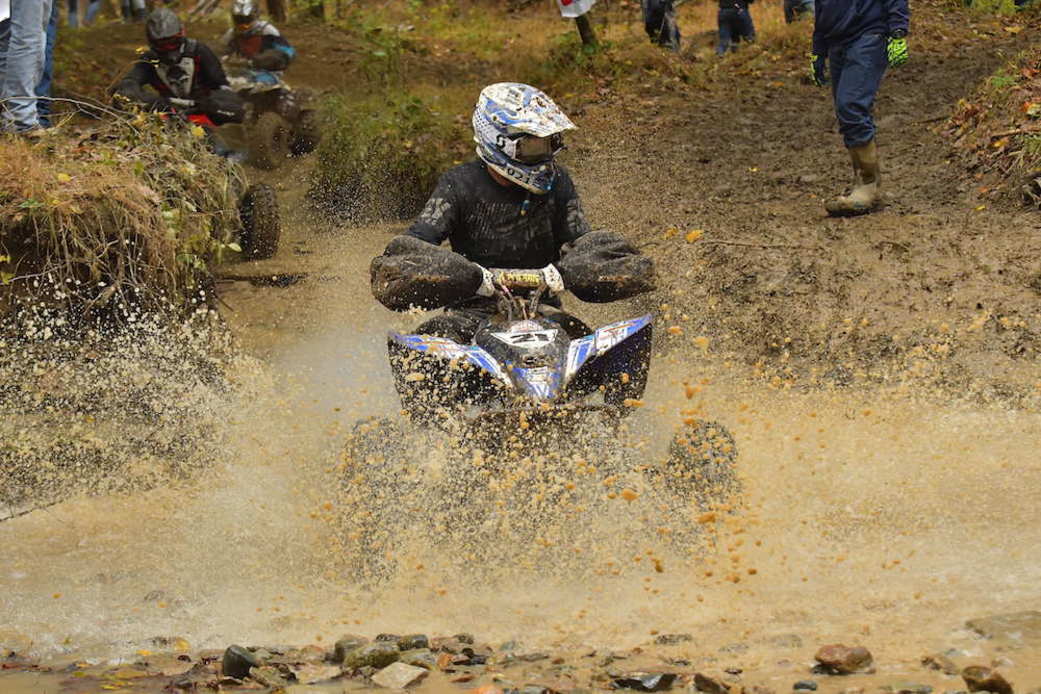 Jeff Pickens is no stranger to the pains and triumphs of competitive racing, having competed in every round of the 2018 race year and finishing 11 out of 12 races on the box. A multi-talented competitor and tactician, Pickens has demonstrated his consistency and drive time after time with no sign of letting up or slowing down. Pickens closed out the season with 7 wins in the Vet A (30+) class for 2018, and looks to insert his name and legacy in the book of GNCC Champions. The Ironman race would give fans a show of world-class racing and unmatched sportsmanship, as AJ Koontz and Pickens battled back and forth for placement under the Indiana skyline. Pickens’s talent level was on display as he flew thru tangled racers and past obstacles with a keen track awareness that only comes from experience and confidence. As the checkered flag dropped on Round 13 of the series, Pickens would emerge the victor and new Champion of the Vet A (30+) class. Congratulations on the incredible race! Jeff Pickens is a GBC Motorsports sponsored racer and rides on XC-Master and Ground Buster 3 performance tires.

The Crowning of Champions

GBC Motorsports is proud to announce and acknowledge all of our championship winners for their amazing performances, hard work, and diligent efforts in the nation’s most recognized and respected racing series. This is the first time we have two sponsored racers capturing the premier XC1 and WXC class titles, and we couldn't be more excited and honored. We extend our hand to each and every racer who participated in the 2018 GNCC series and send a special thank you to all of our supporters and sponsored riders across the country.