Palatka, FL - March 14, 2019 - GBC Motorsports sponsored racers arrived for ready for battle at Round 1 of the AMSOIL GNCC Racing Series presented by Specialized. Racing fans from across the country arrived for what would turn into an action-filled weekend of world-class racing in sunny Palatka, Florida. GBC Motorsports also announced earlier this week a 3-year partnership with GNCC as a feature ATV tire sponsor.

As we head into the 2019 season, no doubt competition will be fierce among competitors looking to capture the crown. At the end of Round 1, GBC would celebrate podium finishes in multiple classes for the cheering fans at Wild Boar, getting the 2019 season off to a positive start. Make sure to stop by our display on Vendors Row for more from GBC Motorsports.

Defending XC1 champ Walker Fowler picked up where he left off in Round 1.

Walker Fowler arrived in Palatka, Florida calm and collected for the opening round of the season at Wild Boar. Returning to the series with 4 titles under his belt, Fowler is no stranger to the ups and downs of competitive racing. Looking to continue his reign over the XC1 class, Fowler completed last year’s series with 7 out of 13 races in 1st place. Early on in Round 1, Fowler found himself battling for position as he looked to escape the clustered pack of racers. Relying on his racing experience and abilities, Fowler quickly found his rhythm and placed himself ahead of the pack. Fowler was able to maintain his momentum for the duration of the race, crossing the line ahead of GBC’s own Cole Richardson who also had an amazing opening round. As we head into Round 2 of the season, we look forward to seeing what tricks the 4-time GNCC champion has up his sleeve. Congratulations to Walker Fowler from GBC Motorsports for the impressive victory. Walker Fowler is a GBC Motorsports sponsored rider and rides on XC-Master and Ground Buster III performance tires. 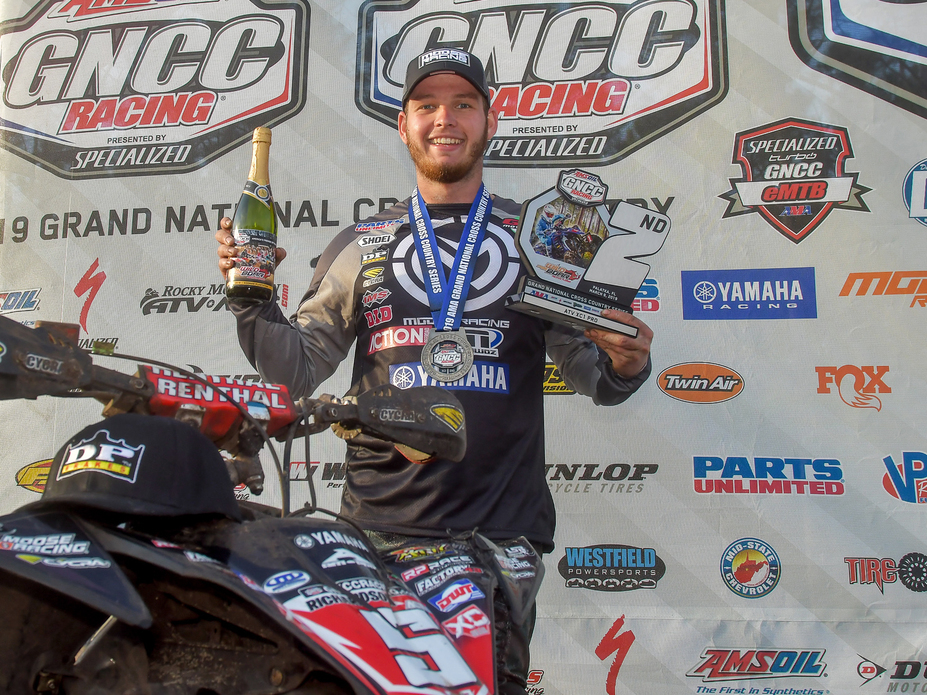 Cole Richardson has proven himself to be a true competitor in the sport of ATV racing time and time again, and he demonstrated that same energy and hunger at Round 1 of the series. After closing out last year season 5th in his class, Richardson returned this year determined to set himself apart from the talented roster of pro racers participating in this year’s series. Richardson started off Round 1 in a solid position after a series of well-timed passes. However, he would later fall back to 4th place as he fought side by side with other elite pro racers for position under the humid Florida skies. Richardson once again applied pressure and was able to catapult himself to a 2nd place standing behind fellow sponsored racer Walker Fowler. With Round 2 of the series right around the corner, there’s one fact that remains true: Cole Richardson will definitely be a name to watch. Congratulations from GBC Motorsports on your performance. Cole Richardson is a GBC Motorsports sponsored rider and rides on XC-Master and Ground Buster III performance tires. 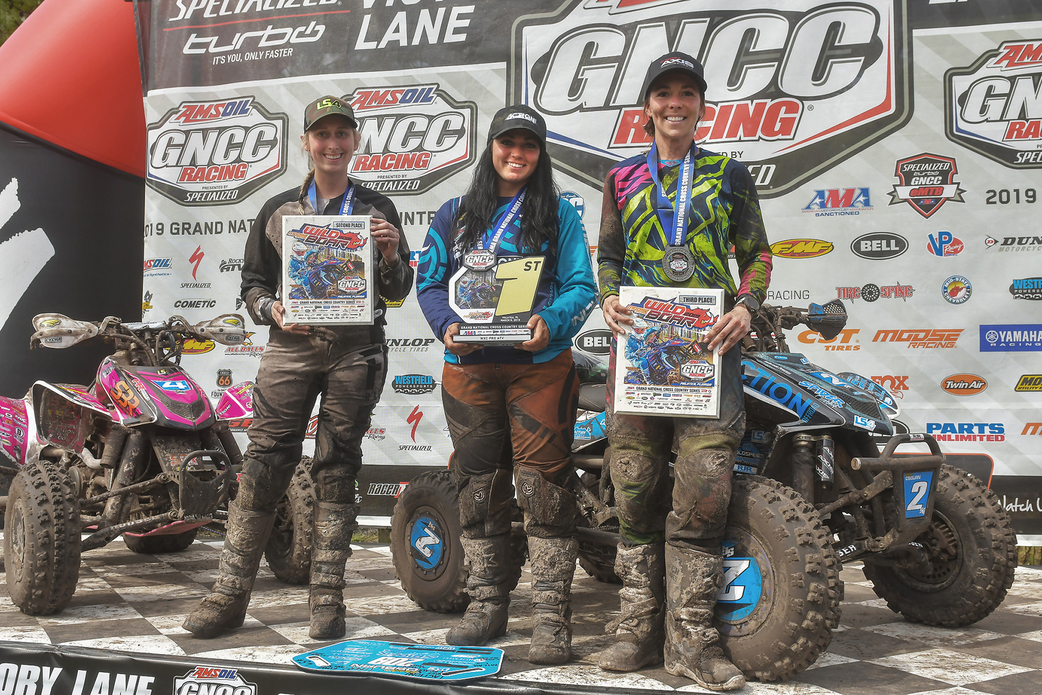 Katelyn Osburn has been a force to reckon with in the GNCC series and proved to fans and fellow racers at Round 1 just how deep her talent runs. Osburn ended the 2018 race season 2nd in total points for the WXC class, landing on the podium in 9 out of 13 Rounds. Osburn continued her chase for the GNCC title at this year’s Wild Boar race by securing the top box with a win. Her drive and determination was evident in Saturday’s event as she was able to maintain the lead position throughout the WXC race. Osburn successfully navigated the muddy holes and slick terrain in spectacular fashion while charging forward towards the finish line. With the 2019 season just getting started, no doubt we’ll see many more great performances out of Osburn as she continues her quest for WXC championship. Congratulations from GBC Motorsports on your impressive victory. Katelyn Osburn is a GBC Motorsports sponsored rider and rides on XC-Master and Ground Buster III performance tires. 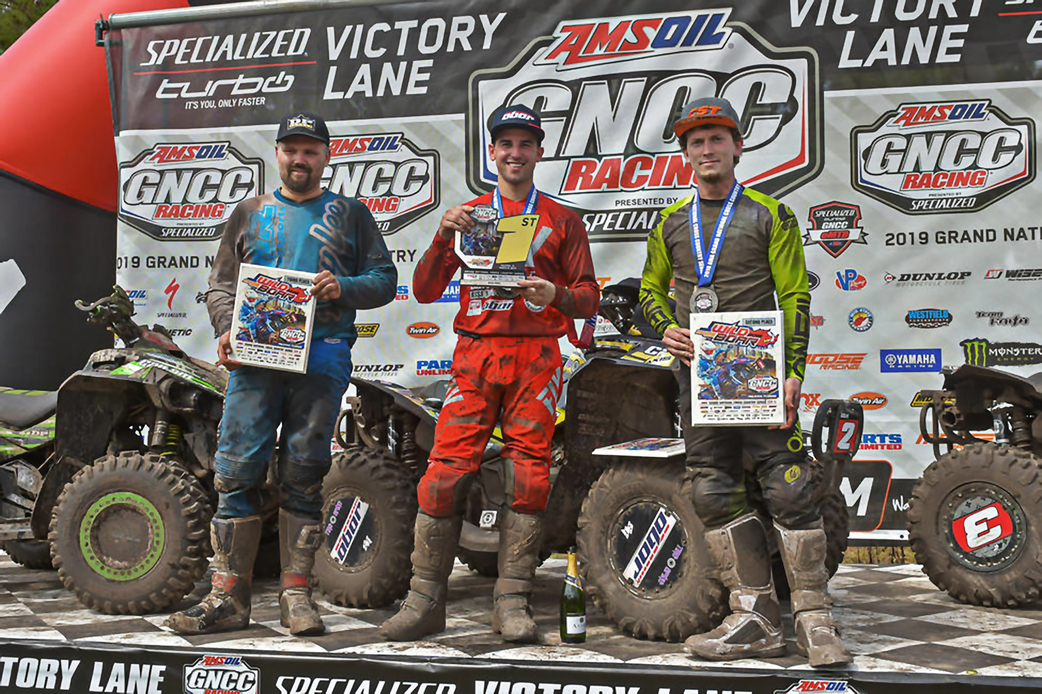 Robert Smith has been making great progress in the GNCC racing series, and it showed this weekend as he took home a podium finish in the 4x4 Pro class. Last year Smith completed the season 4th in class points with a total of 179. Smith looked primed and ready as he fought to pass tangled racers and hot temperatures for the fans at Wild Boar. In a worthy attempt to close the gap between himself and the lead positions, Smith accelerated in his pursuit of the number 1 and 2 spots and was able to cross the finish line in 3rd. Smith also showed his dedication to the series by competing in every Round of the 2018 season and finishing out the year Top 5 in his class. As we head into Round 2 of the series in Georgia, no doubt Smith will be looking to keep up the momentum and energy he displayed at Wild Boar and continue his rise in the 4x4 class rankings. Congratulations from GBC Motorsports on your well-earned podium. Robert Smith is a GBC Motorsports sponsored rider and rides on Dirt Commander performance tires.