Snowshoe, WV - June 28, 2017- Round 8 of the GNCC racing series at beautiful Snowshoe Mountain Resort was underway in the rugged mountains of West Virginia. Well known for its deadly terrain and brutal rac-ing conditions, the Snowshoe race is viewed by some to be the most difficult and grueling race of the series. With a mixture of rocky portions followed by slick and muddy sections, the Snowshoe race would prove to be a worthy adversary for the legions of diehard racers atop the mountains of West Virginia. As racers prepared for battle and a chance to stand on the top box, we settled in for what would be a long day of great racing andintense competition at Round 8 of the GNCC. 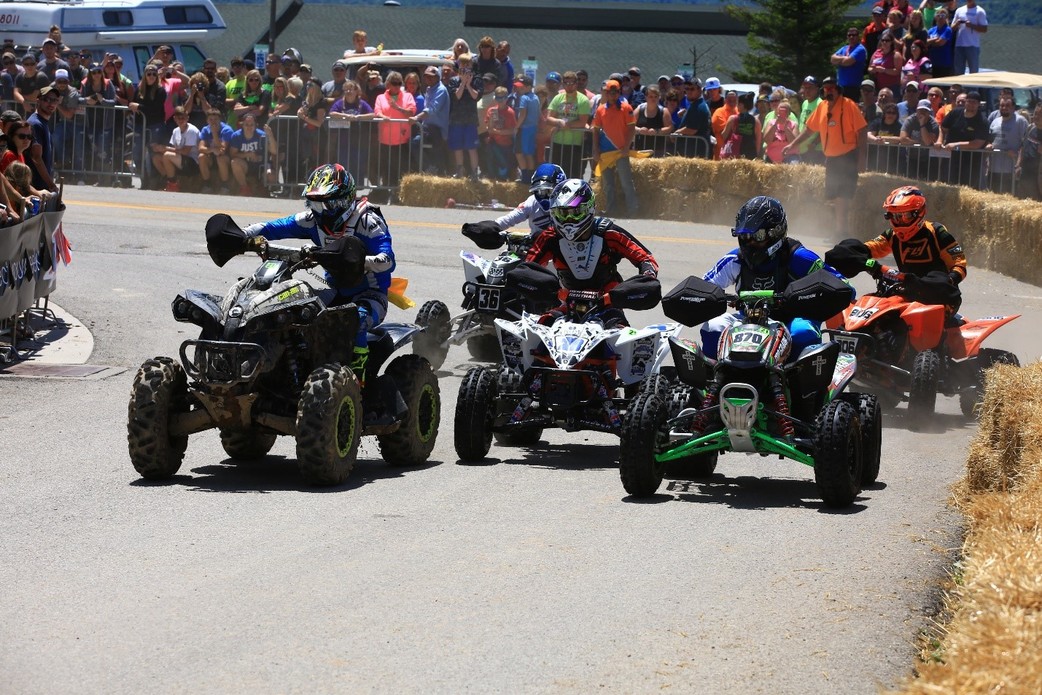 Round 8 of the GNCC racing series delivered big in unforgettable moments and heart-racing battles, as racers prepared to face off in the XC1 Pro class race under the skies of West Virginia. The Snowshoe race has kept riders in anticipation due to rough terrain and varied driving conditions, providing a platform to showcase their skills and talents for GNCC race fans and fellow racers alike. Pro racer Kevin Yoho, out of Hopedale, Ohio, arrived at Snowshoe Mountain, focused and determined to secure a podium finish in his Round 8 attempt at the GNCC. Due to his point standings, Yoho got off to a row 6 start as the starting flag dropped on the XC1 Pro Class. In a race against time and defeat, Yoho accelerated through the opposing pack and was able to claim a 3rd place standing. After a series of close calls and adjustments, Yoho maintained his position throughout the duration of the race. In the end, Yoho would complete the 5-lap race with a 2nd place Class Finish, and 2nd Overall, definitely a proffesional finish. Yoho has been a longtime friend and Sponsored rider of GBC Motorsports and has proven that through hard work and determination, nothing is out of reach. From all of us at GBC Motorsports, Congratulations on your victory and great performance! Kevin Yoho is a GBC Sponsored rider, and races on Ground Buster 3 and XC-Master tires. 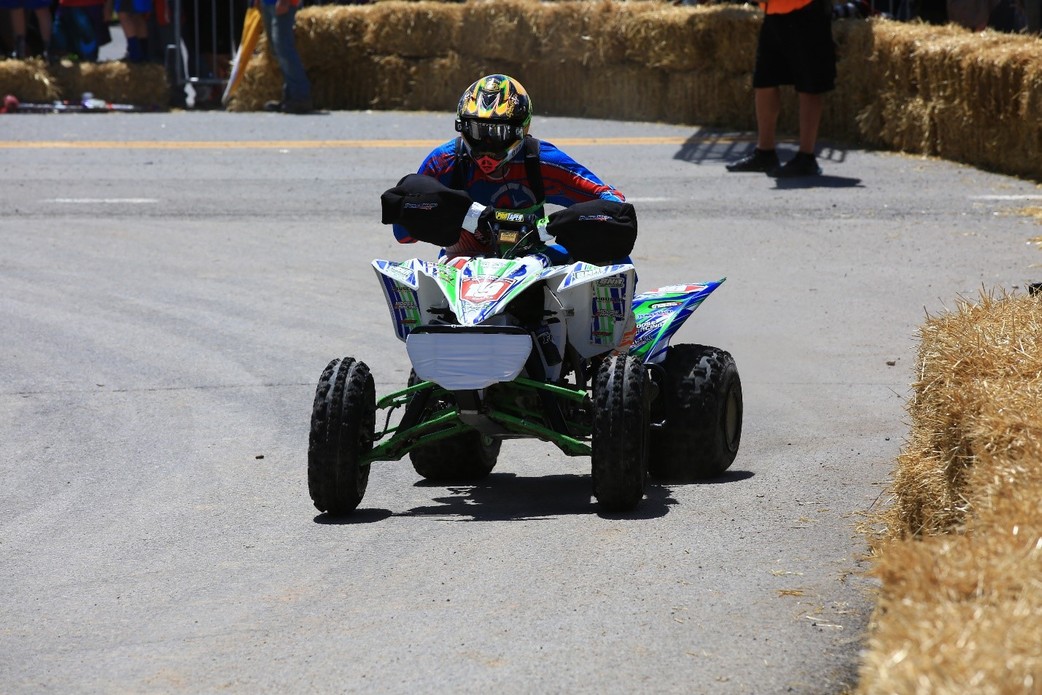 XC2 Pro-Am racer Devon Feehan has been having an incredible run in the 2017 GNCC racing series. Having competed in every round thus far, Feehan has dominated 6 out 8 pro races with unforgettable podium finishes. Coming off of his Round 7 Class victory at the Tomahawk in Odessa, Feehan was able deliver and maintain the same energy and determination that he has showcased at previous rounds of the GNCC series. The XC2 class was full of hungry riders and hidden rivalries, and both would drive racers towards the finish line in spectacular fashion. Despite the rugged race conditions of the mountain, Feehan was able to gain a significant lead early on, and maintained it impressively while batting for position with fellow racers Greg Covert and Brandon Icard. With a well-earned class point total of 198, Feehan has been a consistent and reliable threat to the XC2 class of the GNCC. A native of Windsor, NY, Feehan is no stranger the spoils of victory and success that comes with being a Pro ATV racer. With the top spot in the class rankings and the wind behind him, Feehan has solidified his name with other elite GNCC racers who have competed in the series. Snowshoe Mountain would push riders to the limits both mentally and physically, while giving racing fans a race to remember. Feehan has loads of untapped potential just waiting to explode, and as the series progresses and we move forward in standings we only expect great things from him. From all of us at GBC Motorsports, Congratulations on your victory and great performance! Devon Feehan is a GBC Sponsored rider, and races on Ground Buster 3 and XC-Master tires. 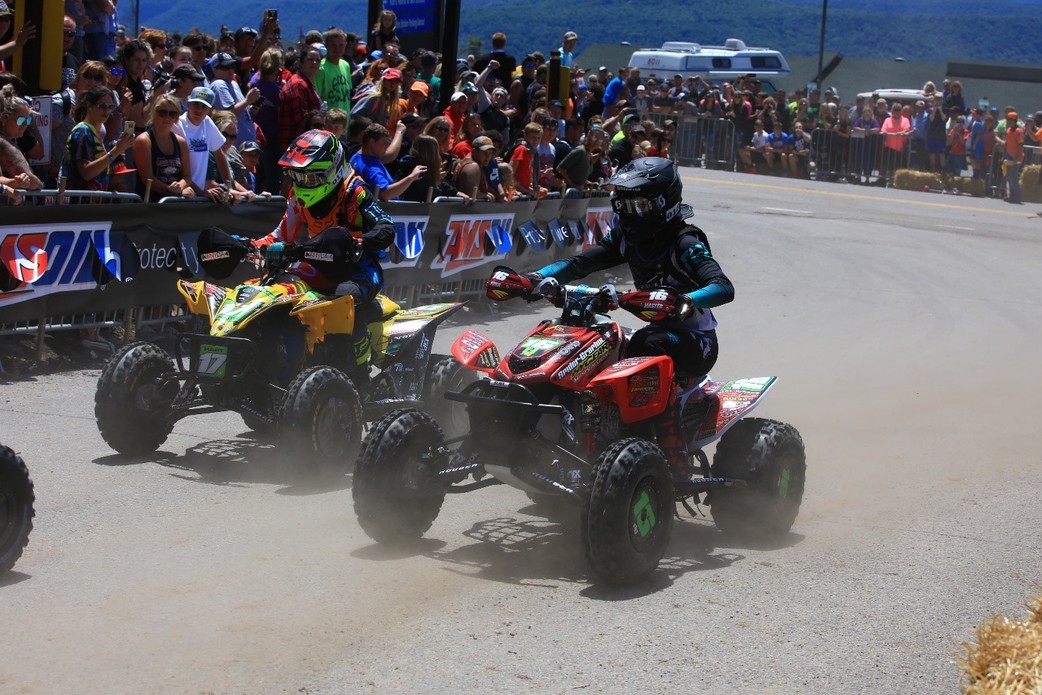 Devon Feehan has dominated this year aboard his Ground Buster 3 and XC-Master tires.

Thomas Koontz is a pro ATV racer from Fayetteville, PA with the heart and state of mind of a seasoned rider. A consistent presence on the 2017 GNCC podium, Koontz has an impressive 3rd place class rank and dominated Round 8 with a masterful 1st place class finish. The victory also captures his best overall standing in the series. The Vet A class race would deliver an action-packed competition between riders, as Koontz and Dustin Hendershot clashed for position on the rugged peaks of Snowshoe Mountain. Koontz was able to separate from the ravenous pack early on as he navigated the difficult track conditions and slick terrains. With a total of 132 class points, and 12 points behind the leader, Koontz is in a good position right now in the Vet A class. At Round 7, he snatched a 2nd place class finish in the Tomahawk race set in Odessa, NY. Koontz has raced in every round of the series except Round 3, and has managed to land himself atop the box at 6 out of 7 races this season. We are 5 rounds away from the end of the GNCC racing season, with the next race scheduled to take place at the Sunday Creek Raceway, in Millfield Ohio, July 8th 2017. As racers prepare for the next round, we are gearing up for another fantastic race and performance from Koontz as he continues to improve his race record in the series. From all of us at GBC Motorsports, Congratulations on your victory and great performance! Thomas Koontz Jr. is a GBC Sponsored rider, and races on Ground Buster 3 and XC-Master tires. 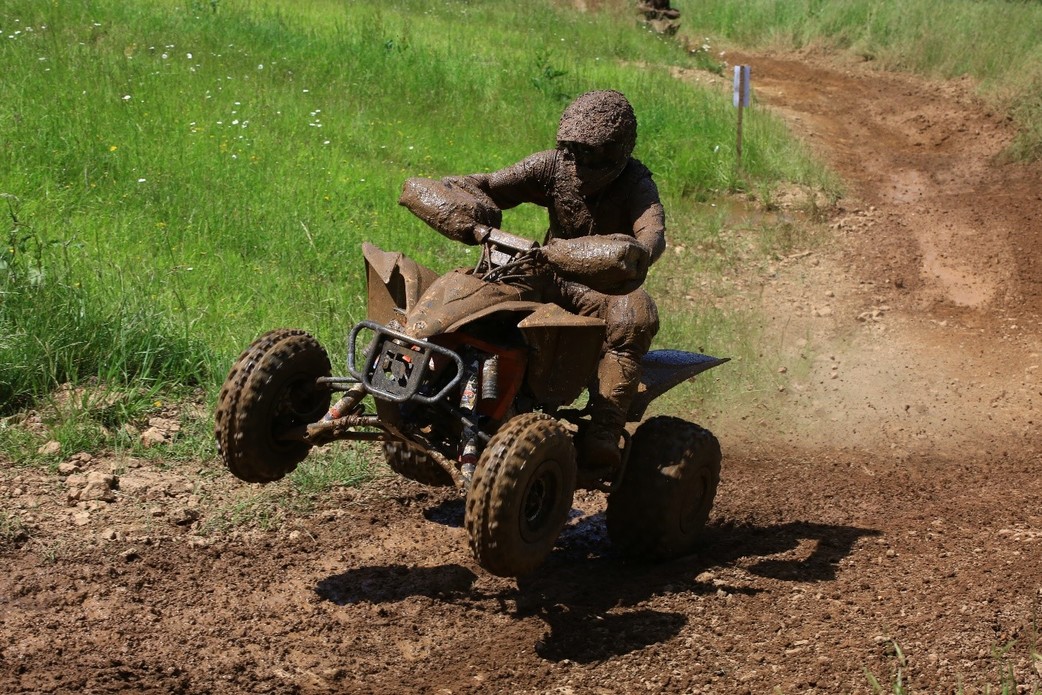 GBC Motorsports sponsored rider Doug Robey has been making waves in the 4x4 A ATV class, as we head into Round 9 of the GNCC series. After last round’s 4th place class finish, Robey arrived at Snowshoe hungry to recapture his winning streak and refuel the fire beneath him. The victory at Round 8 would give Robey his fifth 1st place class finish of the series with the Overall 8th position at Snowshoe. Robey is currently 1st in class rank with a total of 148 points. The race atop the mountain would prove to be a tough and merciless one, as riders avoided bottlenecks and collisions while battling for bragging rights on what is considered to be the “Mother of all tracks” in the GNCC race series. After rainfall battered the course in the days leading up to the race, the terrain became a slick and muddy battle ground on which champions were crowned, and losers got dirty for the thrill of the sport. Robey has had an excellent season thus far at the GNCC, and has proven he can go head to head with the best in the sport today. As we head into Round 9 of the series, we are excited to see what tricks Robey has up his sleeve. Until then, we are happy to share in this moment with him. From all of us at GBC Motorsports, Congratulations on your victory and great performance! Doug Robey is a GBC Sponsored rider, and races on GBC Dirt Commander tires. 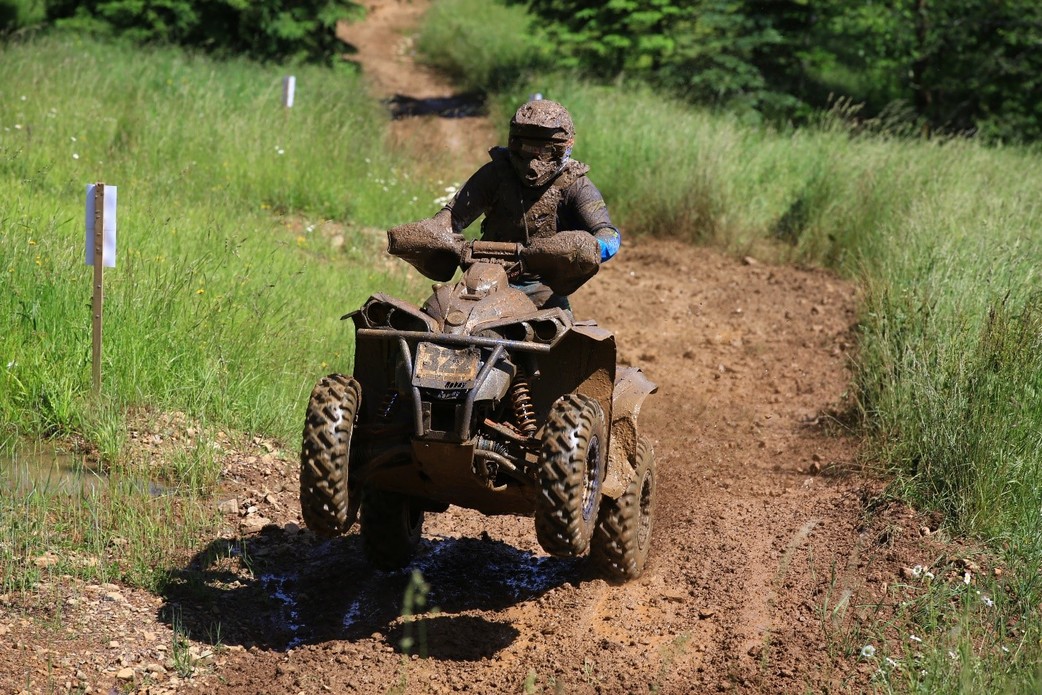 Next up the series heads to Millfield, OH for the John Penton GNCC on July 8-9. The UTV classes will be back in action at this round, which is the last before the summer break. Learn more about GBC Motorsports tires for ATVs and UTVs at www.gbcmotorsports.com, and follow us on Facebook, Instagram and Twitter for the latest updates.


GBC Motorsports was established in 1995, as a way of bringing performance tires to every style of riding in the power sports market. GBC Motorsports remains at the forefront of design and performance with signature tires for both UTV and ATV applications.