GBC Motorsports Raises the Bar at GNCC Rounds 2 and 3

GBC Motorsports Raises the Bar at
GNCC Rounds 2 and 3

Palatka, FL/Washington, GA - March 22, 2018 - Each season, the Grand National Cross Country Series offers a unique scheduling of back-to-back events early in the season that test the preparations and tenacity of top racers from all across the globe. Kicking off the infamous Daytona Bike week in the sands of Palatka Florida, Round 2 of GNCC always delivers perfect weather and exciting racing action. A short 7 days later and the competitors were back at it in Washington, GA for the General GNCC, where conquering the slick red clay is a test of both man and machine. For the 2018 edition of rounds 2 and 3, GBC Motorsports sponsored racers would once again raise the bar with overall wins and podiums throughout the class ranks! 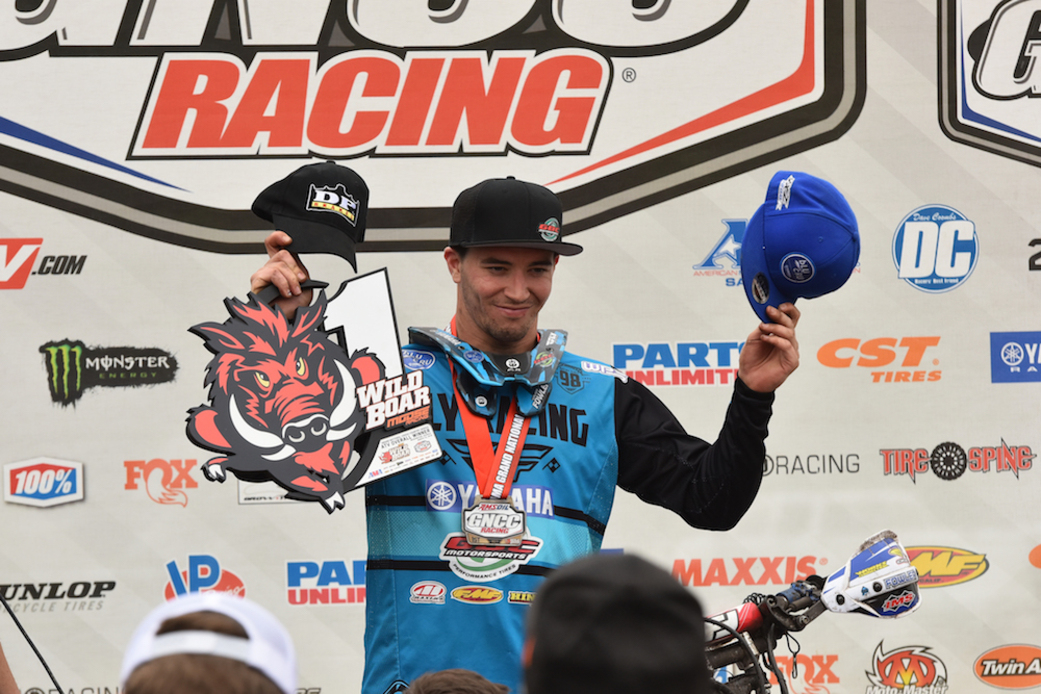 With two wins and a 5th place, finish Walker Fowler sits firmly atop the championship leaderboard.

Coming fresh off a 1st place finish at Round 1, Walker Fowler looked to secure another victory at the Wild Boar GNCC in Palatka Florida. Getting off to a strong start, Fowler charged forward through the pack and was able to establish a significant lead of nearly a minute early on. An unfortunate crashed in the 3rd lap temporarily slowed Fowler’s progress, but he was able to recover quickly and cross the checkered flag in 1st place with a comfortable gap. This was his 2nd consecutive overall win! Fowler came into round 3 with his sights on a 3rd win. However, it would prove to be a challenging event, with Fowler crashing early on and having to battle back through the pack all day. Even with the intense level of competition on the track, Fowler was able to salvage a 5th class finish and 5th overall finish to maintain his points lead in the championship standings. Walker Fowler is a GBC Motorsports sponsored rider and rides on XC-Master and Ground Busters 3 performance tires. 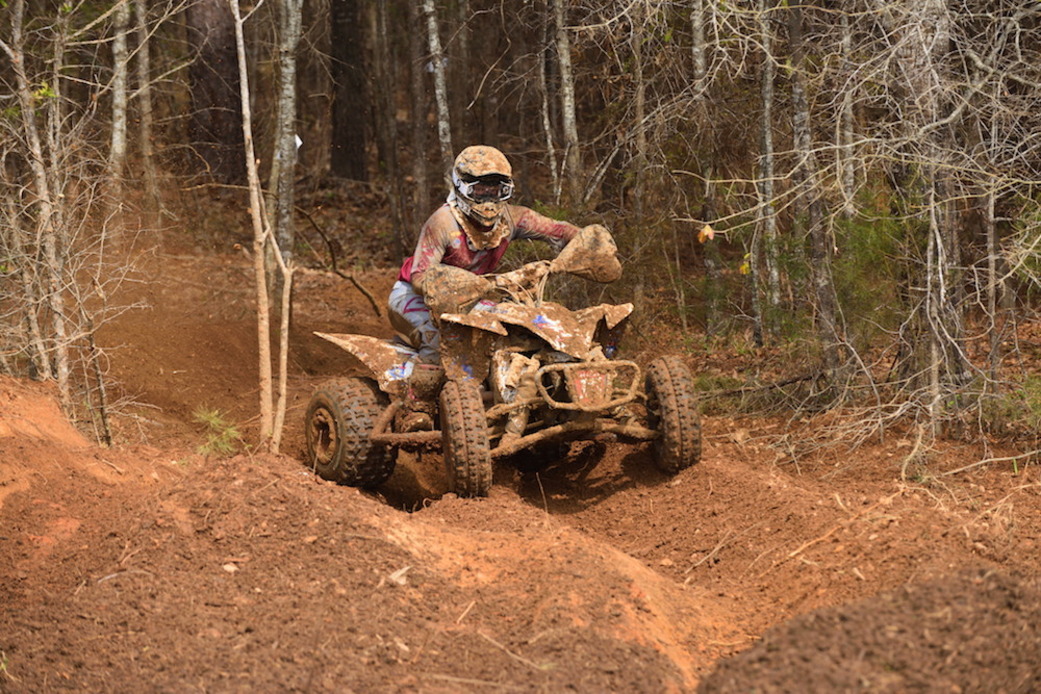 Cole Richardson put in a breakthrough performance with a 4th overall in Georgia.

Getting stronger and gaining momentum with each race, Cole Richardson once again lived up to the expectations and hype surrounding his return to racing for the 2018 race season. After a solid 6th place performance in Florida, Cole battled for a podium position throughout the entirety of the 2-hour event at round 3 in Georgia and finished 4th in the end. Richardson showed he is a tough competitor and skillful racer on any track, and we expect to see more great things from him in the near future.  Cole Richardson is a GBC Motorsports sponsored rider and rides on XC-Master and Ground Busters 3 performance tires. 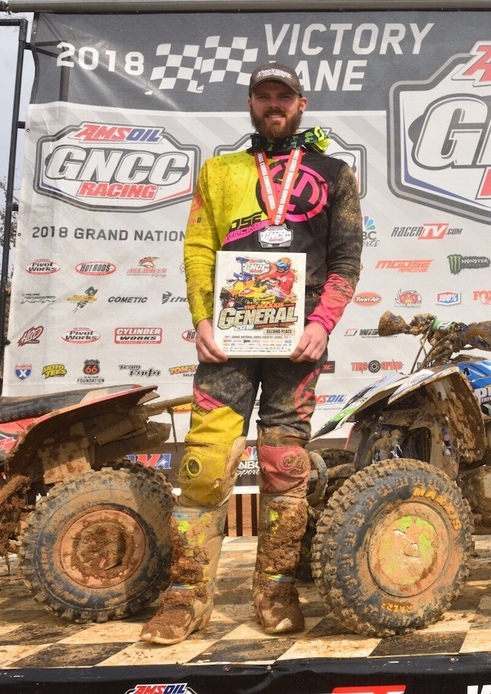 Matthew Lindle shows up to the line at each GNCC ready to give 100%, and Rounds 2 and 3 were no different. Fueled by his desire to improve upon his season opener performance, Lindle pushed himself to the limit and earned 2nd in XC2 and 13th overall at both the Wild Boar and General rounds. The efforts of the weekends propelled Lindle to the championship points lead in the highly competitive XC2 Pro-Am class with total of 68 points at the close of round 3.  Round 4 is fast approaching, and we are confident Matt will continue his rise while maintaining pressure on the XC2 Pro class.  Matthew Lindle is a GBC Motorsports sponsored rider and rides on XC-Master and Ground Busters 3 performance tires. 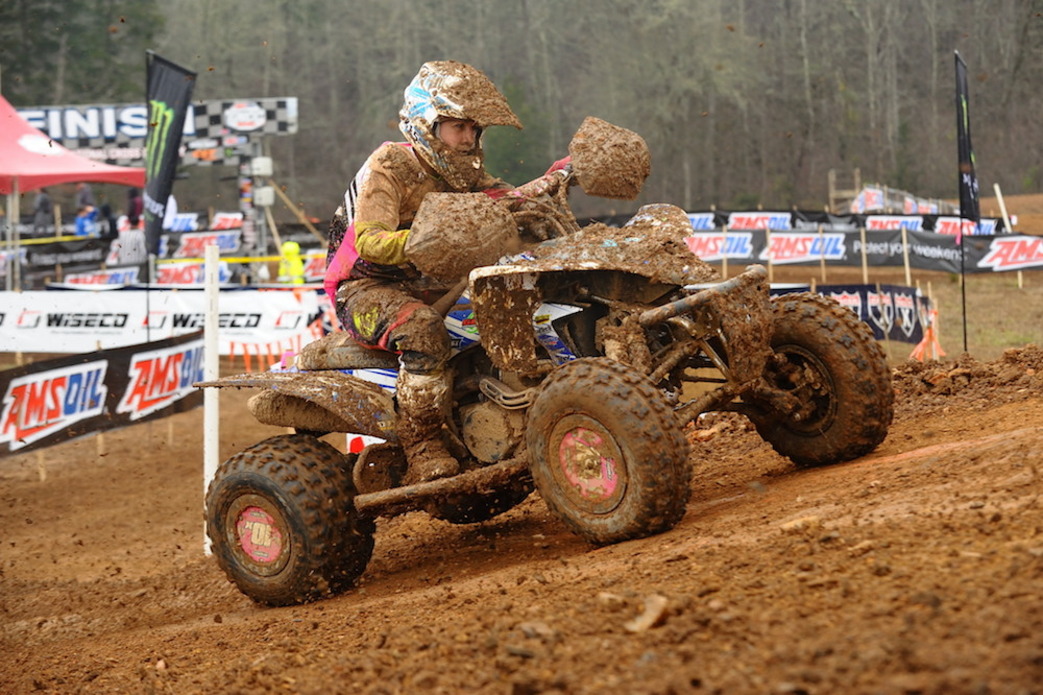 Traci Pickens, mud soaked and on her way to another impressive WXC class win!

The WXC class is stacked full of talented racers from across the nation, all competing for supremacy. Traci Pickens has had a phenomenal run in the series, and demonstrated her abilities once again for the fans at rounds 2 and 3. Pickens displayed superior racing knowledge and awareness, as she left round 2 with valuable 2nd place points and grabbed her second WXC win of the season at round 3. A 10-time GNCC champion, Pickens remains at the top of sports’ elite women racers, with an unbelievable record and numerous accomplishments in the ATV world. Pickens currently leads the WXC championship with a total of 85 points. Traci Pickens is a GBC Motorsports sponsored rider and rides on XC-Master and Ground Busters 3 performance tires. 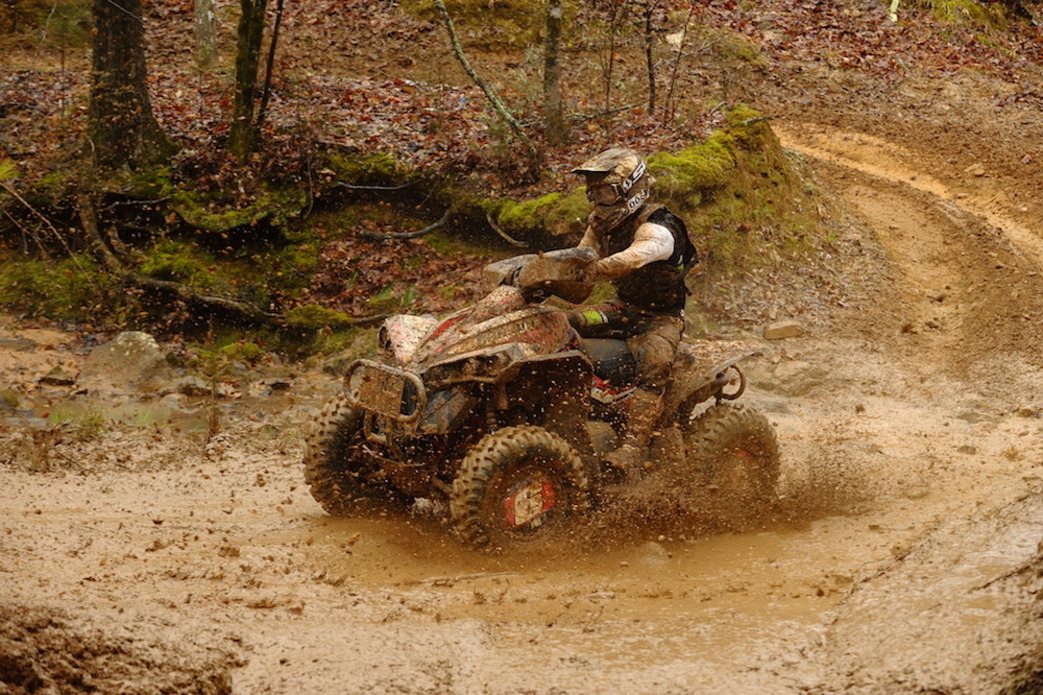 Landon Wolfe continues to improve and impress each time he swings his leg over his new 4X4 machine. Making the switch from the XC1 class to 4x4 Pro for the 2018 season presented Wolfe and his team with a new set of challenges, which they are conquering in spectacular fashion.  Landon engaged in a heated battle for the class and overall win all the way down to the finish in rounds 2 and 3. Ultimately crossing the finish line in 2nd place both times, Wolfe gained valuable points towards the championship he is chasing. If his early success is any indication of things to come we can expect Landon Wolfe to be a name synonymous with winning in the 4x4 ranks for a long time to come!  Landon Wolfe is a GBC Motorsports sponsored rider and rides on DIRT COMMANDER tires.

“For the first time in the history of GNCC racing, GBC Motorsports supported racers hold the points lead in each of the 3 separate premiere classes (XC1,  XC2, WXC)  in the worlds largest and most prestigious off-road racing series. We are extremely pleased and proud of all our Sponsored racers, and look forward to a great ongoing race season.” – GBC MOTORSPORTS

3rd Place in Round 2