In the high-octane world of ATV racing, few names are as synonymous with victory as that of Walker Fowler.  A dynamic element in both the ATV and UTV world, Fowler leads a new wave of skilled young racers seeking a permanent place in the record books. Bursting onto the professional scene in 2012, Walker has amassed an impressive number of race wins and 3 consecutive Grand National Cross Country (GNCC) series championships during his 6-year career. GBC Motorsports has worked diligently to elevate its brand through continuous product development as well as building and maintaining grassroots relationships with thousands of racers worldwide. We are excited to announce a new multi-year partnership with Walker Fowler that will help us to take things to an even higher level.

For the 2018 and 2019 seasons Walker will be competing aboard ATVs and UTVs equipped with GBC motorsports tires in his quest to add to his already substantial list of racing accomplishments. 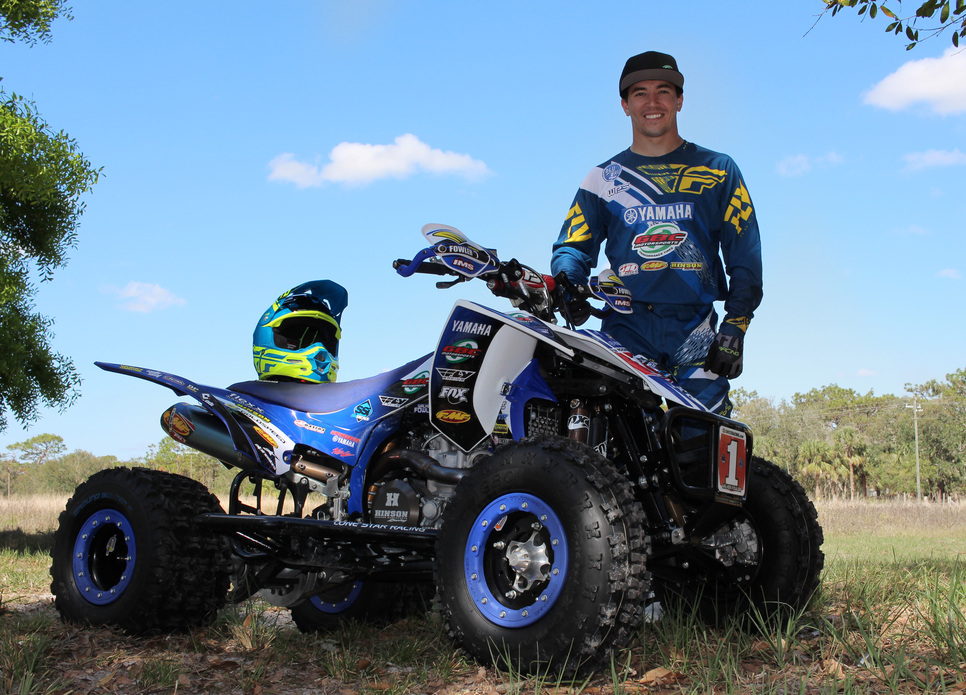 “Tires are one of the most integral components in our sport, so making any change is a tough decision. In moving to GBC, I’m beyond confident that my program will continue to thrive and move forward toward our goal of GNCC Championship #4. Just the little bit of communication and work I’ve done with all the fine folks at GBC has been a breeze and on a personal level, I can tell this is going to be a good fit! I’m excited to begin riding and driving on several different options that GBC offers, for both my ATV and SxS. We will also get to utilize some of the other products that GBC Motorsports’ parent company Greenball produces: I will be running Kanati light truck tires on my daily driver and Tow-Master trailer tires on our race Hauler. GBC has it all and I’m looking forward to being part of the family.” –Walker Fowler

GBC Motorsports has for several years maintained a cordial and courteous relationship with Fowler, as he has dominated the sport of off-road ATV racing behind a humble demeanor. The decision for GBC to pursue a professional partnership with Fowler originated at the very top with Senior VP Randy Tsai, stating, “The partnership with Walker evolved naturally. We believe in going the extra mile and always pushing the envelope in every aspect of our brand and products. Walker’s approach to his enormously successful racing career is much the same. We are confident that we can help fuel Walker’s competitive fire while providing him with the tires and support needed to excel at the highest level.”

Looking ahead to the future, GBC will be using this partnership to not only promote current brand offerings but also involve Fowler in the development of new and improved products to bring to the consumer. “Walker has always felt like a part of the GBC Motorsports family and now we are excited to officially announce that he is,” says GBC Motorsports brand manager, Kory Ellis.

From all of us at GBC Motorsports, Welcome Home, Walker.