(Anaheim, CA) 11/15/2018 – Greenball Tire Corporation continues its pledge to develop and engineer next-generation products that far exceed today’s industry standards. Greenball has been an activate participant in the SEMA trade show, which is considered the world's premiere automotive specialty trade show, for many years now and set out to leave a mark on the tire industry by releasing three new tires lines scheduled for a 2019 release. 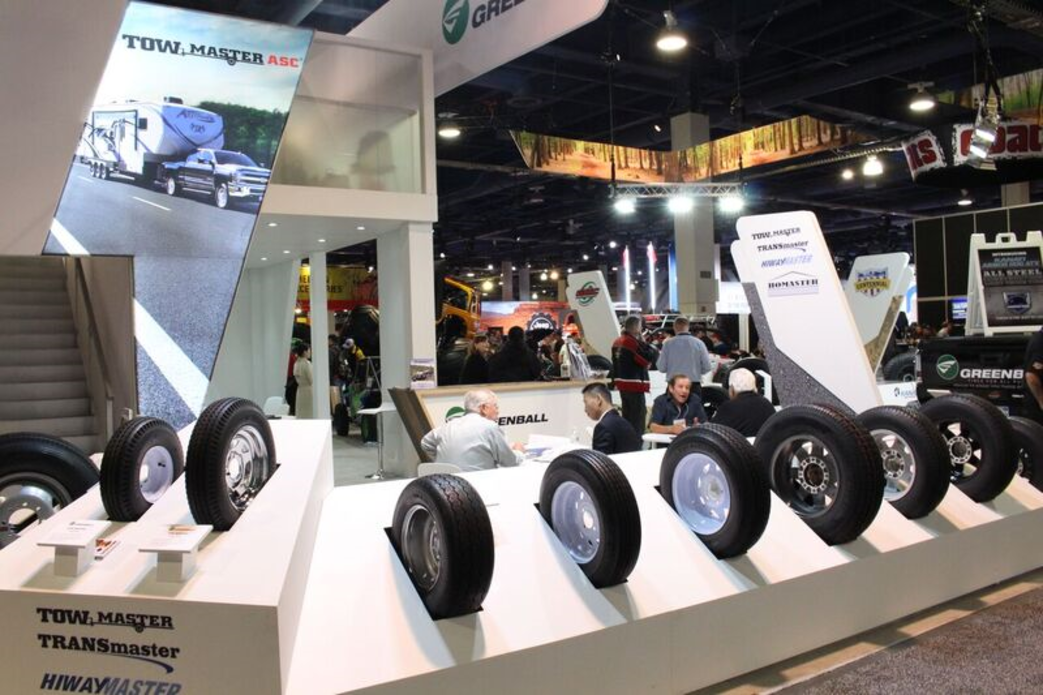 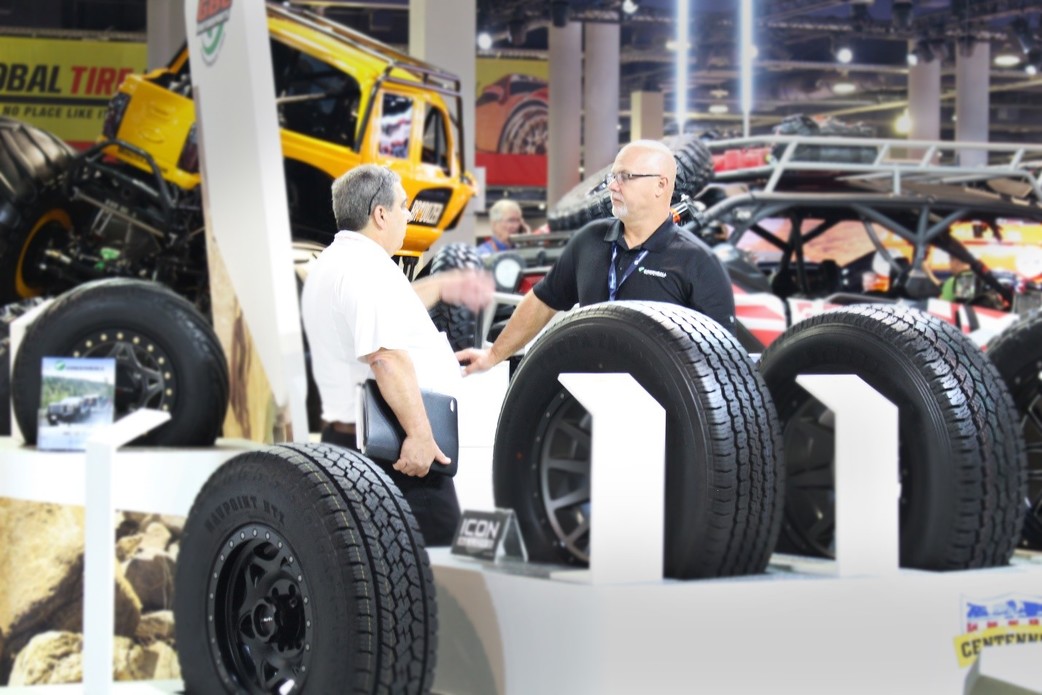 Greenball Sales team was on site to answer questions from attendees from across the globe.

The All-new light truck compatible, Kanati Armor Hog, made waves at this year's SEMA show. With its industry-first All-Steel construction and radical tread design, the Armor Hog gained significant attention from the diverse crowds at SEMA.  The Armor Hog was developed for driver's looking for a stronger, superior constructed tire with increased durability and load capacity, while at the same time being stylish and aggressive in detail.  Capable of carrying the heavier loads associated with today's light truck applications, the Armor Hog has the benefit and the features to make it a stand out in the sea options consumers have to choose from. 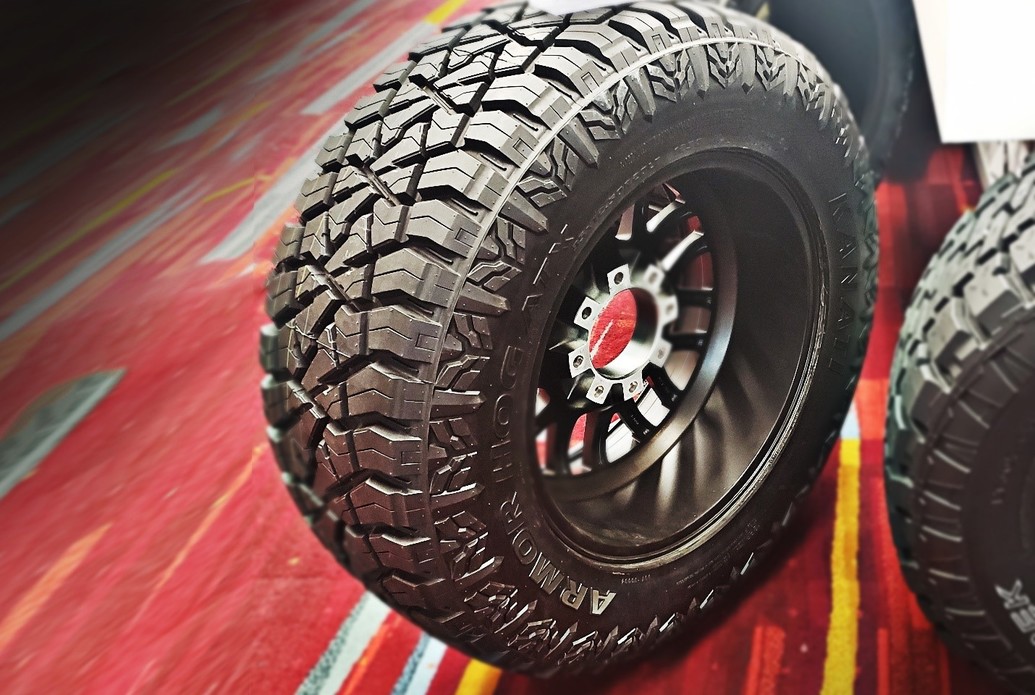 The All-Steel Kanati Armor Hog getting ready to makes its grand debut at SEMA 2018. 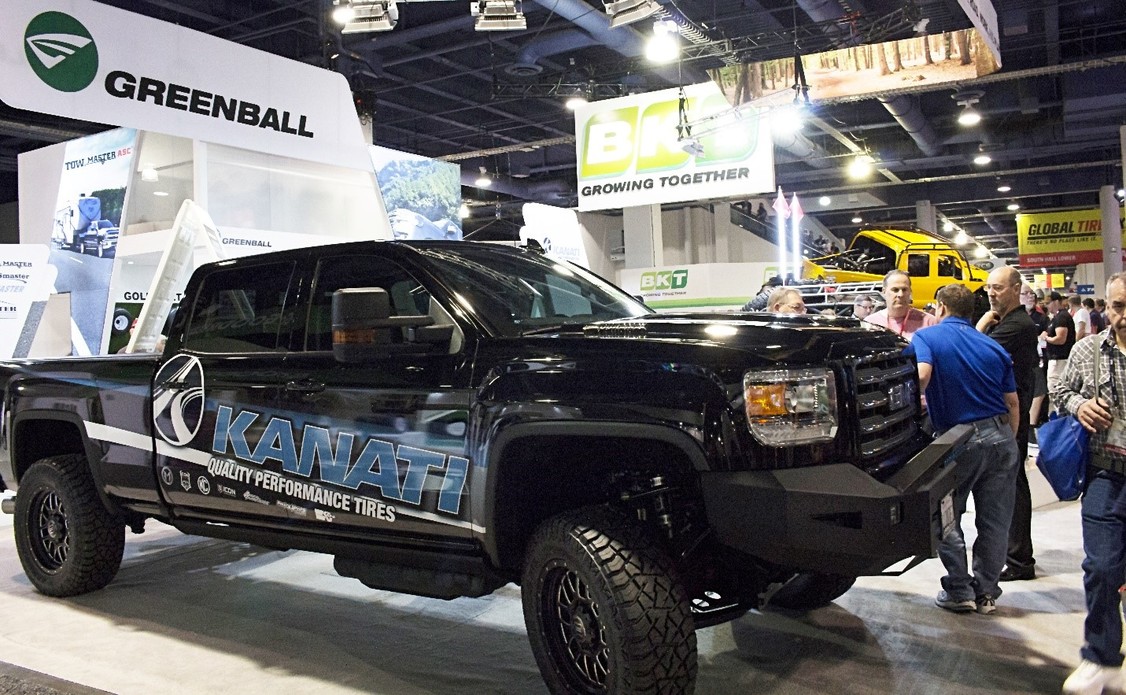 The new Kanati Armor Hog sparked a lot of interest at this year’s show.

Greenball Tires also revealed its newest highway terrain tire, the Centennial Navpoint. A Light truck tire dedicated to drivers who spend time traversing the open the highway, the Navpoint is capable of handling adverse weather and road conditions. With its unique tread design featuring large voids running circumferentially, the Navpoint is perfect for wet weather driving conditions. The Navpoint’s tread layout, designed with driver comfort and longevity in mind, allows the tire to run flatter against road surfaces, creating a greater contact patch for increased traction and reduced highway noise.   This new addition to Greenball’s light truck line is compatible with SUV/crossover vehicles, further expanding the support net for drivers and customers across the country. 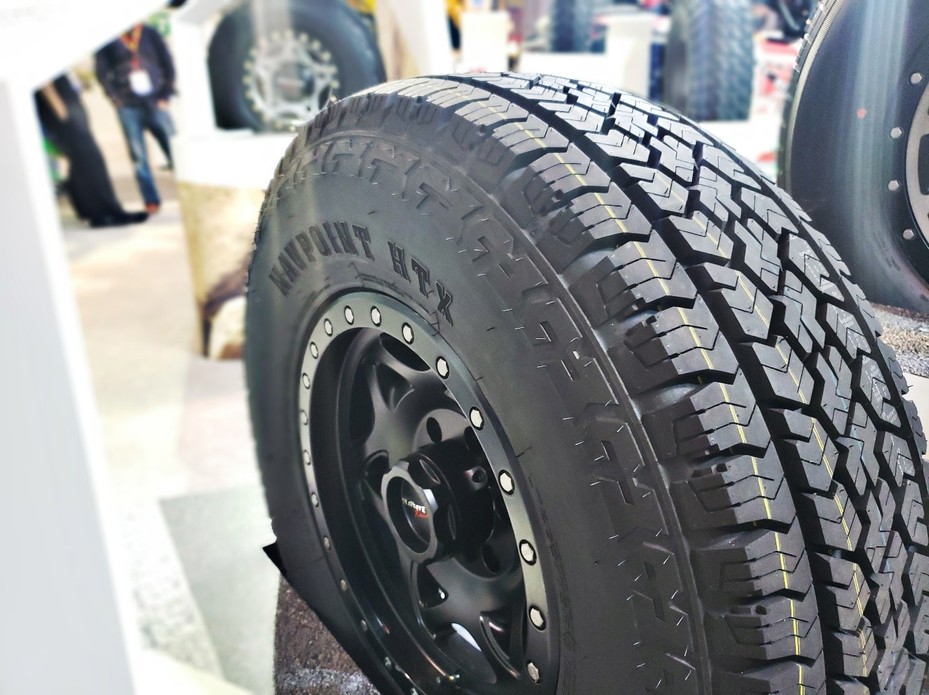 The New Navpoint HTX on display at the Greenball booth.

Greenball Tires also showcased the newest addition to their power sports lineup, the all-new Mini Mongrel.  The Mini Mongrel features the same versatile tread design and durable carcass that drivers across the country have grown to love and depend on, only in a compact version. Downsized to fit smaller vehicle applications and younger racers, the Mini Mongrel is capable of navigating a wide variety of terrains and driving conditions with the same durability and dependability you can expect from the Mongrel name. Greenball displayed the Mini Mongrel on a custom, 170 Polaris ATV which was primarily created for youth operators, and the response was overwhelming. Greenball Tire Corporation has once again stepped up in support of younger racers across the nation by producing a true performance tire specifically dedicated to today’s race driven youth. 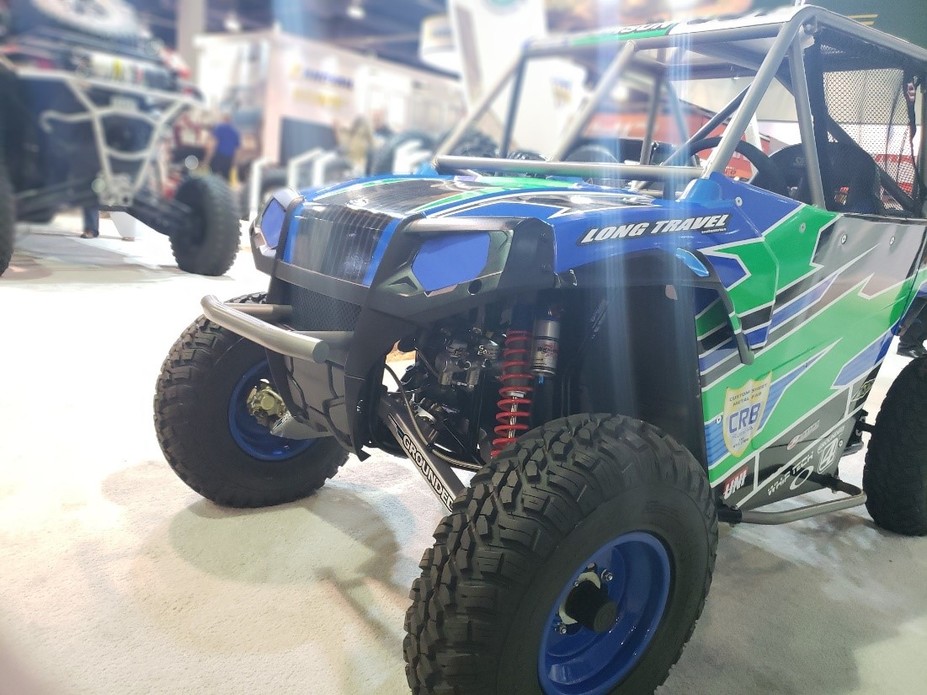 Greenball would like to formally acknowledge all the wonderful people we encountered and all the great moment's shared at this year's SEMA Show. We look forward to 2019 with high expectations and excitement, as we continue to strive to create tires people not only depend on, but love to drive.

“Thank you to all of our supporters and staff who helped make this event possible. It is through your efforts and endeavors through which we shine brighter" – Greenball Tires