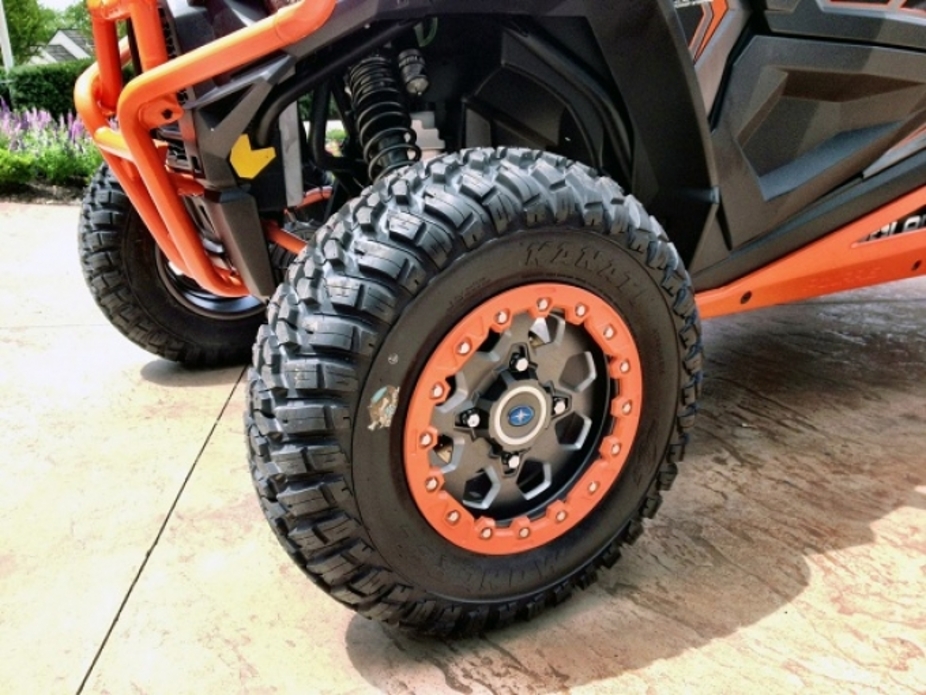 Greenball Corportation's "Cutting Edge" division, GBC Motorsports is pleased to announce that the Kanati Mongrel will be offered as an optional tire upgrade for the 2014 Polaris RZR XP 1000.

Polaris recently unveiled their new 2014 RZR XP 1000, and along with it the opportunity to customize your RZR with several optional upgrades, including tires and wheels. Designed to dominate both trails and tracks straight off the production line, the XP 1000 boasts 107 horsepower, a redesigned suspension system for added clearance and control, and various features that ensure industry-leading power delivery and maneuverability. 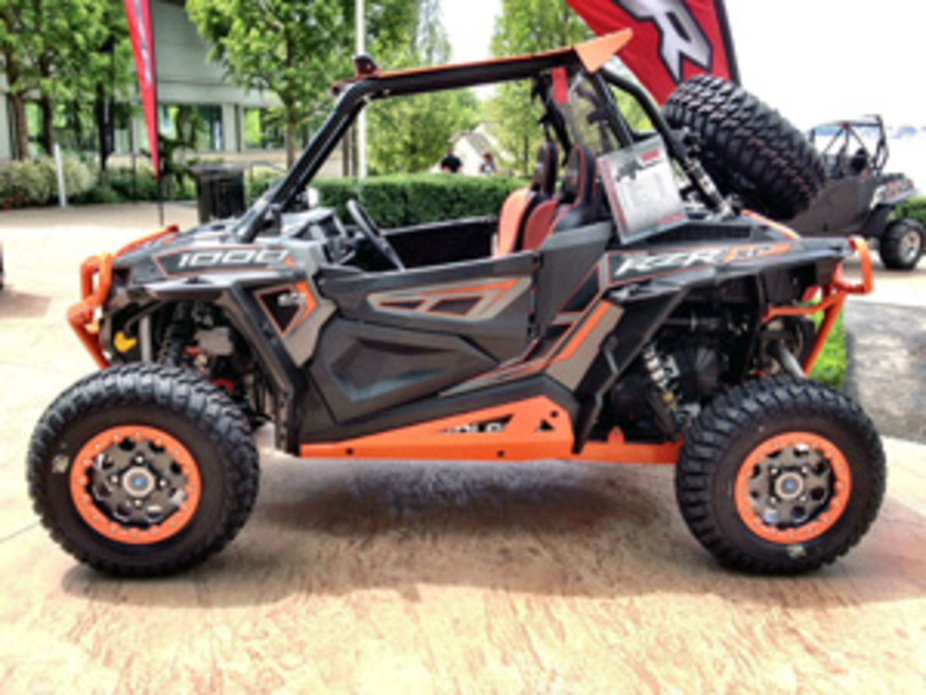 If the extra power and reworked suspension isn’t exciting enough, the option to upgrade to 30” GBC Kanati Mongrel tires on 15” wheels promises to deliver an extra edge across riding styles. The Mongrel was designed specifically for Side-by-Sides with the purpose of handling various terrain and obstacles. The 8-ply rated radial tire paired beautifully with Polaris RZR rigs at the 2013 King of the Hammers UTV race as the combination swept the podium.

GBC Motorsports Representative Kory Ellis is thrilled with the partnership: “We are very excited that the Kanati Mongrel will be offered as an upgrade for the 2014 Polaris RZR XP 1000. The Mongrel has already developed a proven track record in both SXS racing and recreation, and these tires should complement the XP 1000’s power and design perfectly.”

Visit www.polaris.com to find a dealer near you. Learn more about the Mongrel and other GBC Motorsports tires at www.gbcmotorsports.com.