The GBC Stadium Short Course Series makes its return for 2021.

Anaheim, California: GBC Tires returns with the fan-favorite racing series for the year 2021, the "GBC Stadium Short Course Series". With the success of last year's event, the buzz is already brewing as racers prepare to once again go head to head at the world-famous Glen Helen Raceway. Make sure to bring out your friends and family for a day filled with non-stop racing action and competition, from all levels of drivers and racers from beginner to pro. Both ATV and SXS are welcomed to participate in the grassroots series presented by GBC. With 10 Rounds of racing headed your way for 2021, there's definitely a race on the calendar for you. Sign up today! #ridewithgbc 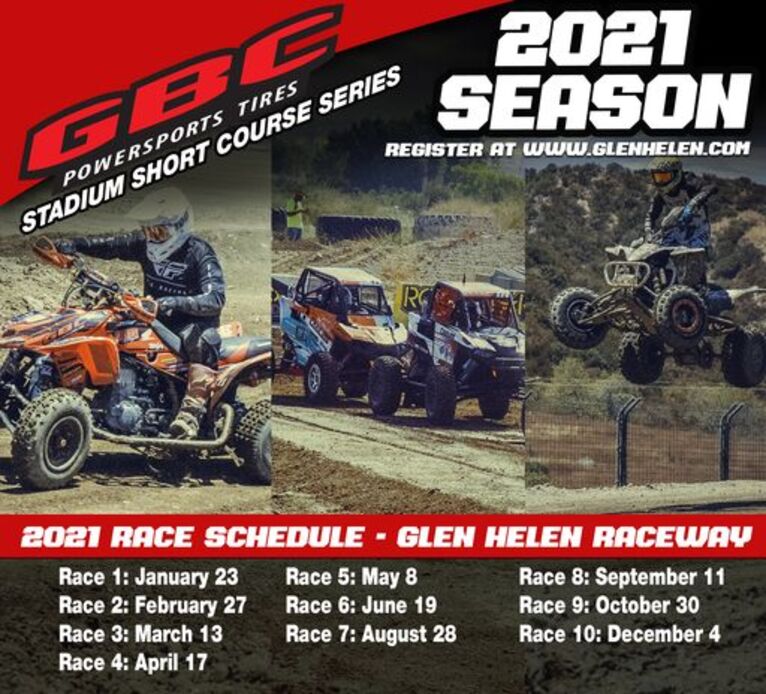 "You definitely don't want to miss out on this series. Last year's races were amazing. This year we plan on bringing the event to another level'- GBC Spokesman

GBC Tires was established in 1995, as a way of bringing performance tires to every style of riding in the power sports market.  GBC Tires remains at the forefront of design and performance with signature tires for both UTV and ATV applications.